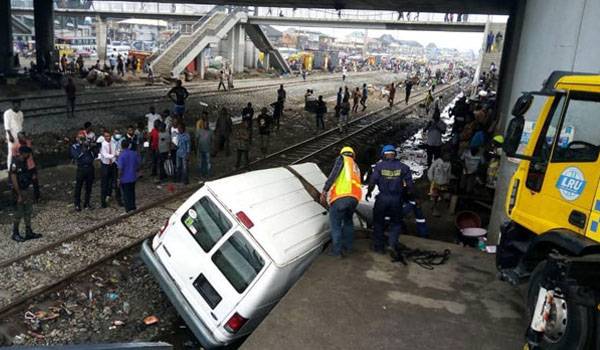 Earlier today, a passenger train ran into a Ford Econoline bus at the ARENA railway crossing, near Oshodi in Lagos State.

The bus with six passengers had the collision with the commuter train at PWD inward Oshodi, Lagos. The bus was pushed as far as Oshodi under bridge by the moving train. There was a traffic built up as a result of the accident.

The Director-General, Lagos State Emergency Management Agency (LASEMA), Olufemi Oke-Osanyintolu confirmed the incident. He said the vehicle suddenly veered onto the tracks and collided with the train. T4 Bus

“The agency received distress calls at 8.12 am on the above. Upon arrival at the scene, it was discovered that a passenger motor GGE 972 GE with six passengers. It had veered onto the train tracks while crossing the rail at PWD inward Oshodi. It subsequently collided with a scheduled commuter train.T4 Bus

“The bus was then dragged along for a stretch of the journey. The train managed to come to a complete halt,” Oke-Osanyintolu said. 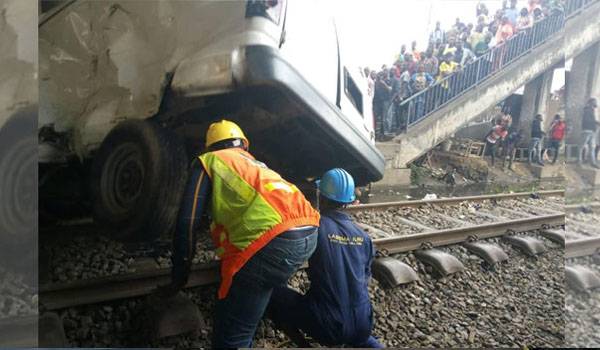 The Agency was able to successfully extricate the passengers from the wreckage. The bus has been removed to allow the free flow of commuter traffic.

Although no life was lost in the accident, the casualties have been provided with on-site medical care and discharged.

Members of the public, especially drivers of commuter buses are reminded to obey traffic regulations to prevent injuries and transport delays.

See more photos from the accident below… 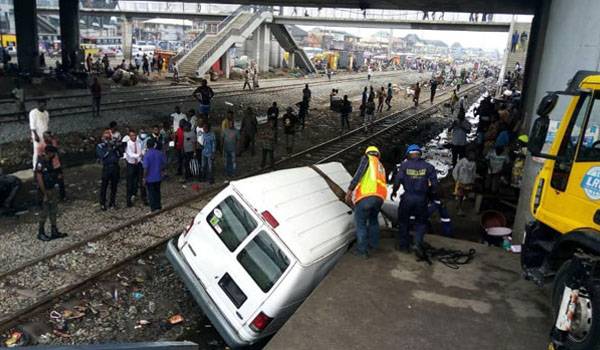 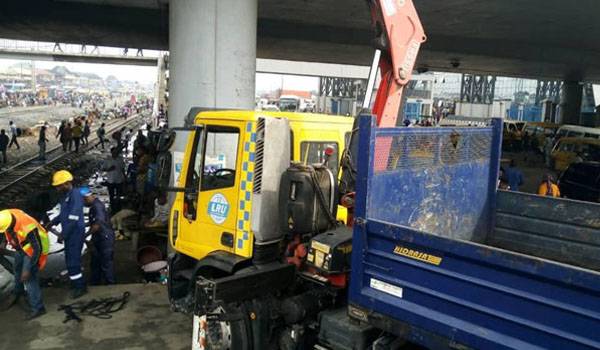