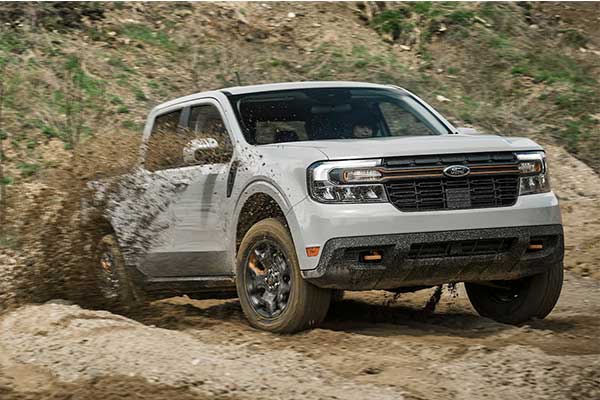 Ford has been quite busy creating offroad versions of literally all its SUVs and trucks lineup and it was about time the Maverick got the same treatment. Enter the new Maverick Tremor, a beefier and more rugged version of Ford’s fastest-selling model.

Available only on the pricier XLT and Lariat trims that are fitted with the turbocharged 2.0-litre inline-four, the Tremor package includes a new all-wheel-drive system with a twin-clutch rear-drive locking differential, which should make the compact pickup more adept off-road by being able to send nearly all rear axle torque to either wheel. The Tremor will feature five drive modes depending on the type of terrain or if the driver is towing, with the Tremor rated to pull 2000 pounds and haul a 1200-pound payload, down 300 pounds from the base Maverick.

To differentiate the Tremor from a standard Maverick, Ford gave it unique styling cues such as a bespoke grille finish, 17-inch wheels with an orange accent, all-terrain tires, lower front fascia, aluminium skid plates, and blacked-out logos, headlights, and taillights.

The compact truck gets more than just visual tweaks as the Blue Oval has reworked the suspension to accommodate different springs and shocks at both front and rear axles. It now rides one inch (25 millimetres) higher and has received beefier half-shafts as well as a heavy-duty transmission cooler.

Interior changes are modest by comparison, but drivers will find Black Onyx seats with Tremor Orange contrast stitching as well as “Tremor” embroidery on the backrests. They’re joined by black door pulls and air vents.

Production of the 2023 Maverick starts in the fall, with the Tremor becoming available to order in September. 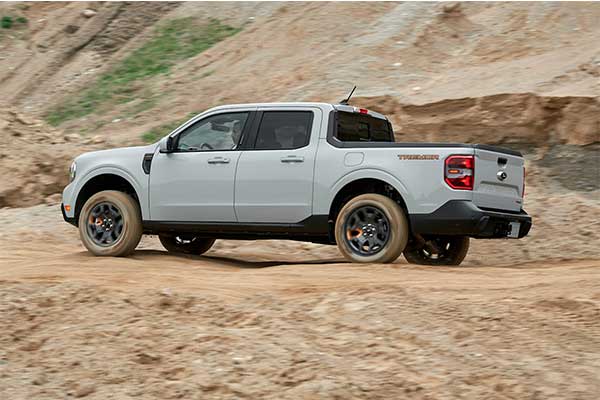 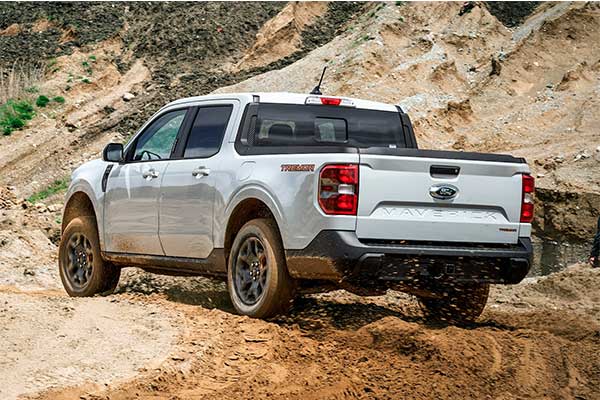 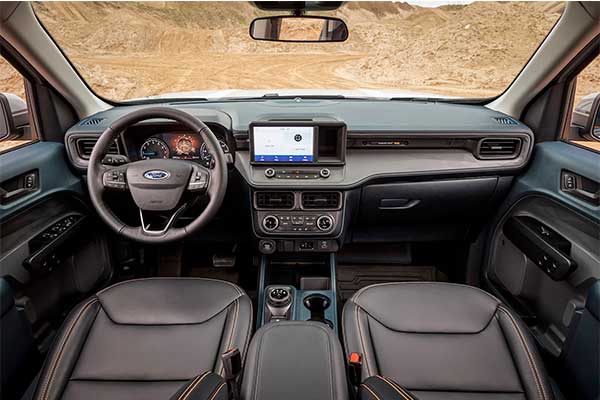 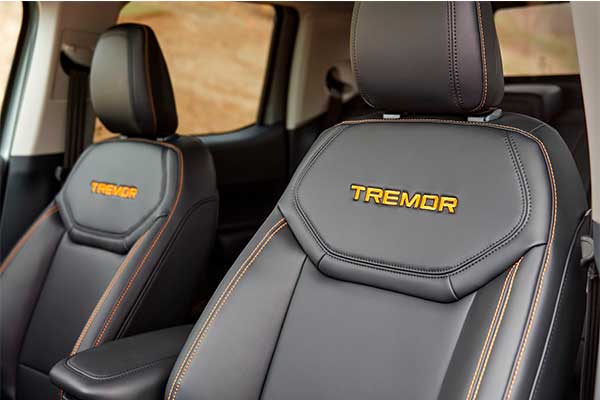 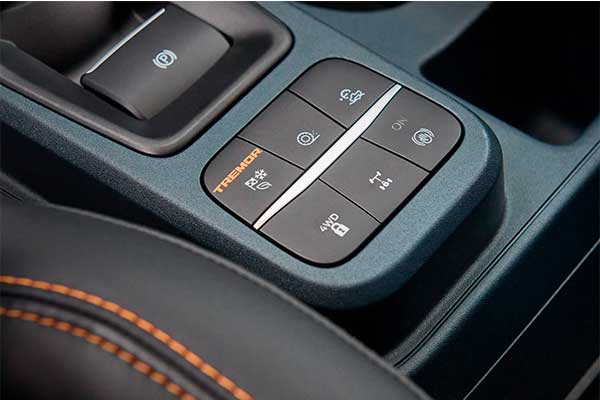