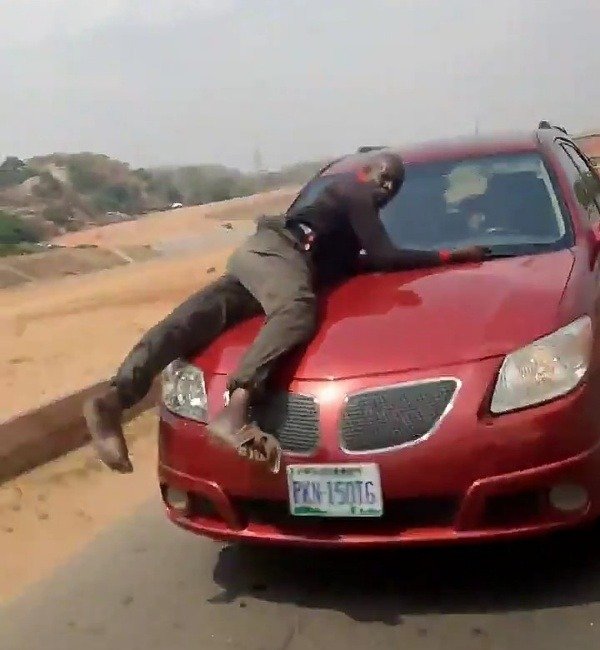 FRSC sanctions patrol team involved in trending video with motorist who refused to stop for law enforcers without face masks. 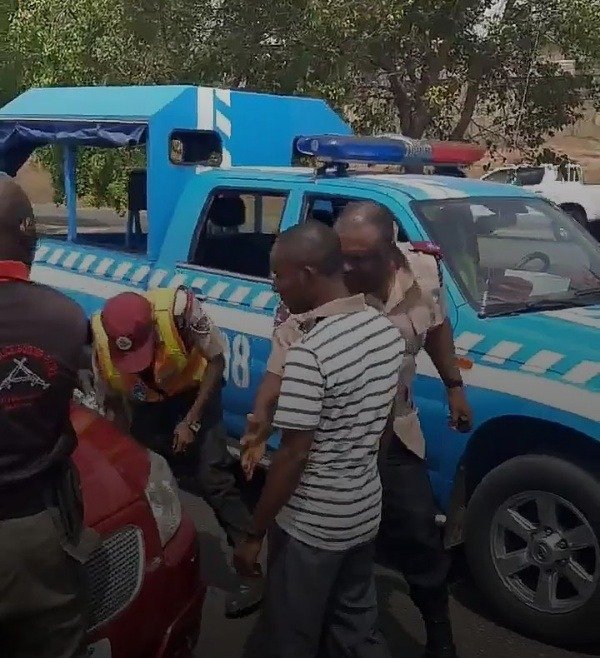 The Federal Road Safety Corps, FRSC, has ordered the immediate sanctions on patrol team involved in trending video with a motorist in Abuja.

According to the trending video below, FRSC Personnel, who in the course of enforcing the “Stay At Home” order, harassed a female motorist. 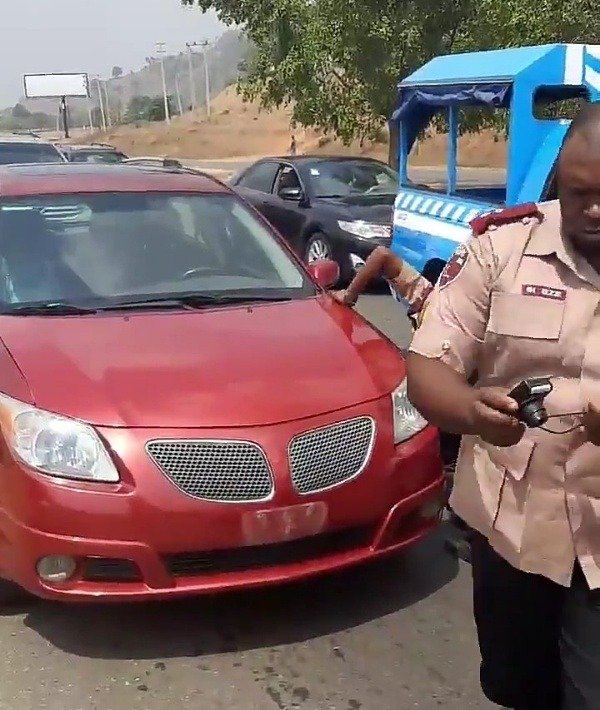 The video starts with a uniformed personnel clinging dangerously to the female motorist’s moving vehicle.

When the vehicle was finally pulled over, the angry officers were seen pulling out the number plate. The front tyre was also deflated to prevent the car from escaping. 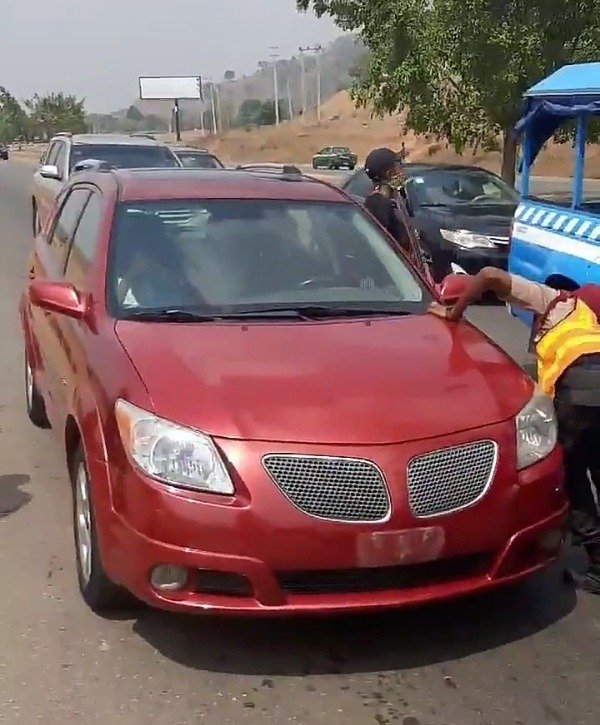 In the short clip, the lady explained her refusal to stop for the law enforcers. She said that the FRSC personnel were without face masks to protect themselves from contracting and infecting motorists with coronavirus.

According to a statement issued on Wednesday evening by the Corps Commander Public Education Officer, Bisi Kazeem fsi; the action of the Officers is completely contrary to the Core Values and Operational Ethics of the Corps.

“After a careful study and analysis of the video and what transpired in it, the Corps wishes to inform the public that the following proactive measures have been taken.

“The Corps Marshal, Dr Boboye Oyeyemi has ordered the immediate withdrawal of the entire FRSC Team involved in the unprofessional and uncivil act.

“The action of the Officers involved in that episode is completely contrary to the Core Values and Operational Ethics of the Corps and the Corps frowns at it”.

The Corps Marshal directed that the entire team be queried and sanctioned in accordance with FRSC relevant regulations on discipline.

Kazeem further enjoined the public to remain calm & comply with all directives on stay at home order as well as social distancing.

He added that the public should ensure that they cooperate with security operatives detailed to enforce the Presidential Orders.