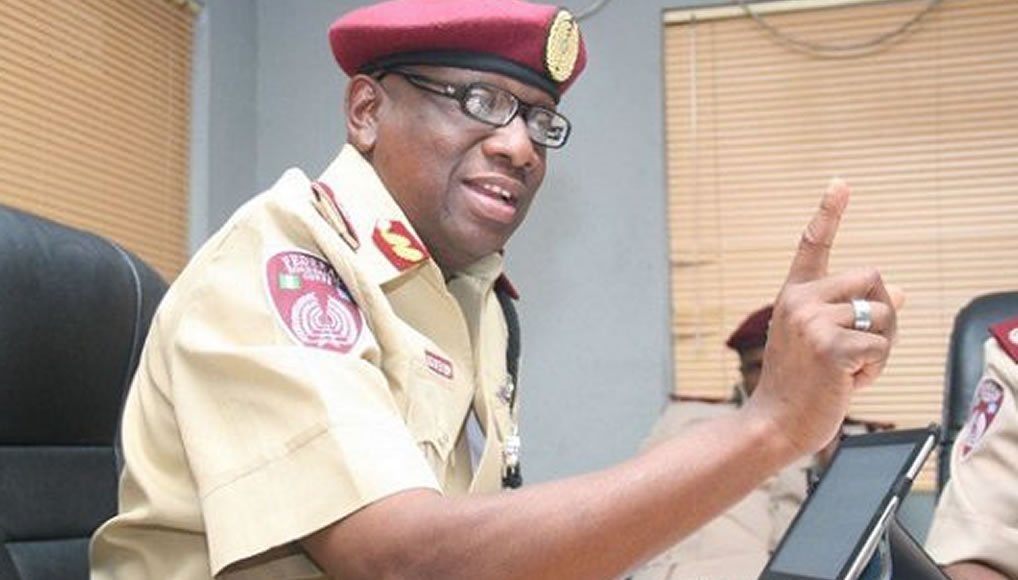 The Federal Road Safety Corps has said that it will commence the enforcement of psychiatric test on traffic law offenders in the country with effect from July 1, 2017.

The Corps Marshal, Dr. Boboye Oyeyemi, stated this at the opening of a five-day training programme for 22 FRSC officials on traffic safety for non-motorised transportation in Abuja on Monday.

According to a statement by Bisi Kazeem, the  Corps Public Education Officer, Oyeyemi said the test would focus on four areas of violations including use of phone while driving, beating traffic light and route violations as well as dangerous driving.

The move, according to him, is necessitated by continued violations in the identified four areas despite efforts by the corps to change the behavior of motorists through education and enforcement.

Oyeyemi said, “We are worried about the continuous use of phone while driving, traffic light violations, route violations and dangerous driving.

“We have invited the commanding officers for a strategic session on Friday. We will give them full directives to resume the referral of all these classes of offenders to various government hospitals for check of their mental state.

“I think it is an act of irresponsibility for somebody to be driving and be using phone or for a traffic light to stop you and you are jumping the line.

“It means something is wrong with your mental faculty. So, there is a need to examine this, to really check whether you are fit to drive, whether you have the mental capability to drive or not.

“The offender will bear the cost. When they confirm that he is fit, then he will go for retraining programme and pay the fine.”

He argued that the purpose of the  mental examination for offenders was not to generate revenue but to engender attitudinal change.

“Fine is not the issue; the issue is we need a positive attitudinal change by Nigerians. We cannot continue to be having fatal crashes due to traffic light violations, people jumping the traffic lights, I think it is crass irresponsibility,” the Corps Marshal stated.

He stated that the FRSC was empowered by its enabling Act to undertake the proposed psychiatric examination.