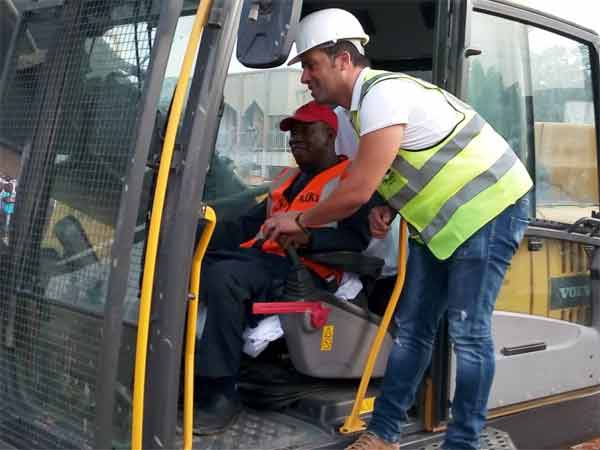 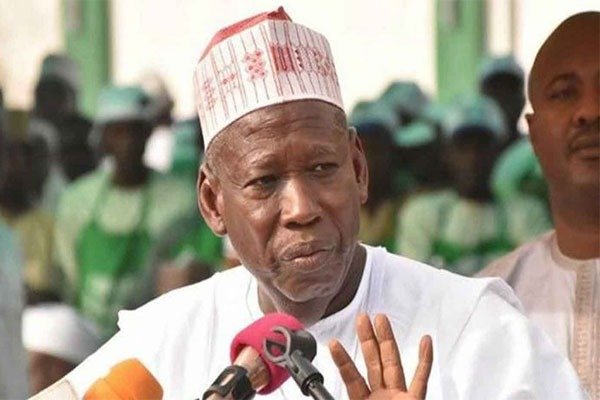 The road project, from Gorondutse Junction/Aminu Kano Way to Jakara, called Sheik Mahmud Salga Road, was said to have been initiated by Kwankwaso administration in his second tenure in office.

Ganduje made the promise on the side line of the flagging-off ceremony of “Keep Kano Clean Campaign Week”, at Jakara Mega Drainage, which goes through Kurmi market to Koki area to Kwakwaci behind old Triumph Newspapers company, Tuesday.

The Governor after plying the road described the road project as important hence the need for it immediate completion.

He said “This important road we have just followed, I promise that it will be completed without any waste of time. In fact, I have just spoken with my Commissioner for Works, to go back to his office and dust the file for the the road contract and see what really happened.

“But I am assuring you that, the road will be completed. We will do everything possible to complete it,” he noted.

Ganduje also hinted that the state government is partnering with a private coy, Capegate Investment Company Limited under Public Private Partnership agreement for waste management noting that it is fully ready to turn waste into wealth in the state.

“As we introduced this exercise two days back, and with the flag-off event taking place now in Jakara area, we are assuring the people of Kano state that, henceforth, waste management in the state will now be very effective and efficient.

“We are engaging the services of a private company on Public Private Partnership agreement. We are now fully into waste to wealth period.

“Where our waste will now be an avenue for wealth creation. With other attending benefits, like improvement of electricity supply in the state, through the use of waste.”

He also urged people around Jakara mega drainage to desist from dumping refuse in the drainage, signalling that, “it will continue to cause serious flood. This exercise will be a continuous one, especially since we are now partnering with a private company.

“Waste will be manage very well, for wealth creation. But this cannot be achieve fully without the cooperation of those people around these areas.

“It is therefore absolutely important to get understanding and cooperation of our people. So community members should always cooperate to get things done properly,” Ganduje said.

Earlier, the Commissioner for Environment, Dr. Kabiru Ibrahim Getso, commended the governor for the foresight and informed him that, “Since our arrival in this area, the community members have been expressing their happiness for this Keep Kano Clean exercise.

“Even the Divisional Police Officer (DPO) of Jakara Division, informed me that, when rainy season comes and when it rains, all the station becomes saturated by flood. But with this event, he said things will be alright  either during rainy season or dry season,” Getso however said.