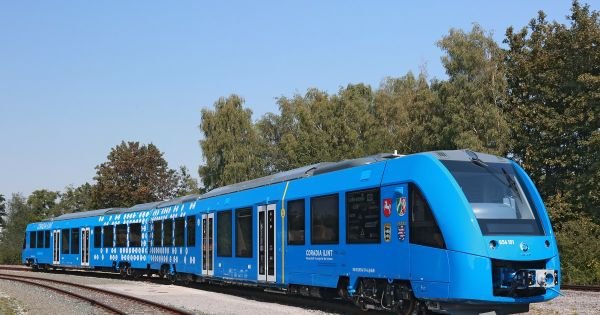 Germany is one of the countries doing everything possible to end the use of fossil fuels. An addition to the list of their efforts and goals is a hydrogen powered train.

German and French engineering company Alstom have signed a deal that will see the latter building a series of hydrogen-powered trains that will go into service starting in 2021.

“This day represents a real breakthrough in rail transportation and a big step change [sic] towards a clean mobility system,”

“For the first time worldwide, a hydrogen-fueled passenger regional train will replace diesel trains, generating zero emission with the same performance as a regular regional train and up to 1,000 km autonomy.”

Hydrogen-powered vehicles, much like Toyota’s hydrogen trucks, only emit water vapors during operation, making them an incredibly eco-friendly alternative to diesel that won’t produce harmful emissions and worsen global warming. The move to make vehicles use hydrogen, would lead to a safer and cheaper source of energy.

15 Safety Tips For Highway Users; For Drivers, Passengers and Pedestrians

11 Very Useful Car Accessories You Need When Traveling This Season