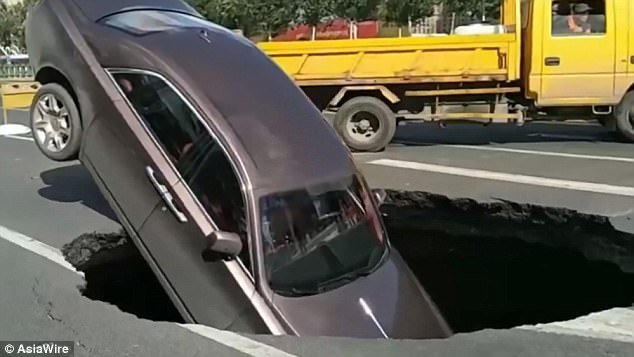 An unfortunate driver had his luxurious Rolls-Royce swallowed up by a sinkhole in northern China.

The driver claimed that an enormous pit appeared when he was about to start his car at a traffic junction on October 1.

”I was waiting for the green lights and the second I started the car, the road surface started to collapse.”

The driver was reported to suffer no injuries and the car was pulled up by a crane.

Footage shows the luxurious car getting half stuck in the sinkhole, leaving its rear half hanging in the air. 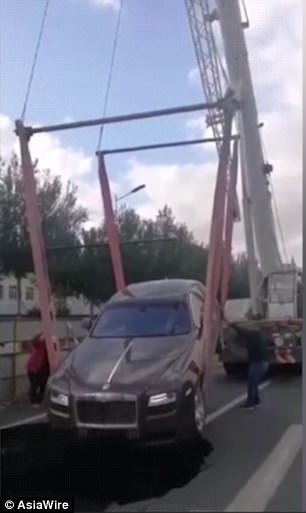 Workers arrived shortly and hooked strapped around the car before a crane slowly hoisted it from the pit.

The car did not seem to have significant damages on the surface.

The driver was able to walk out from his car and appeared to be unharmed in the incident.