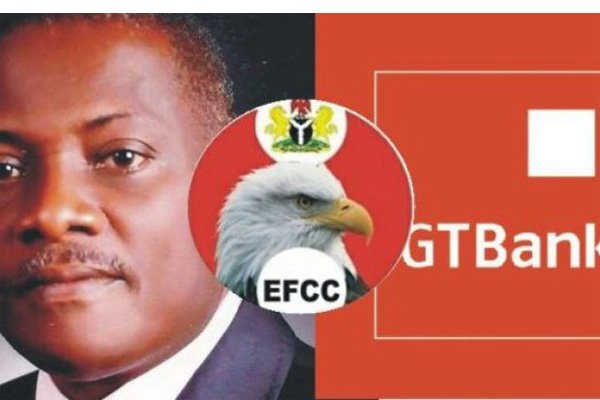 THE LONG RUNNING CASE BETWEEN GUARANTY TRUST BANK AND INNOSON FINALLY
HAD ITS DAY IN THE SUPREME COURT, AND ALTHOUGH THERE HAVE BEEN SOME WILD TALES ON WHAT TRANSPIRED, HERE IS THE FACTUAL STORY OF HOW IT WENT DOWN.

Even before the doors of the Supreme Court had shut for the day, what was meant to be a simple directive by the Apex Court on the case between Guaranty Trust Bank and Innoson had been turned on its head, with false versions of the Court’s directives spread online and across social
media.

It began with the claim, contained in Press Release circulated by Innoson, that the Supreme Court had ordered “GTB to Pay Innoson’s N14Billion Judgment Debt into an Interest Yielding Account.” The records of the Apex court show no such thing, instead it asked both parties to
return to the Court of Appeal, Enugu Judicial Division, for a hearing on GTB’s appeal scheduled for the 14th of June, 2018.

In fact, the Supreme Court simply directed GTB and Innoson to return to the Court of Appeal for a hearing of the Bank’s substantive appeal on the matter. It is actually in the tradition of the apex court to issue definitive rulings only on Fridays, and what it delivered today was more
or less a directive. However, court feelers say this is actually a win or GTB as it grants what the Bank has always wanted–and what Innoson has consistently stalled, which is for the Court of Appeal in Enugu to hear the Bank’s appeal.

The Bank’s appeal of a 2013 High Court judgment gotten by Innoson had stalled at the Court of Appeal for the past two years due to the pending motions filed by both parties at the Supreme Court. On Thursday, 7th of June, 2018 the Apex Court finally sat on the matter and asked both
parties to withdraw their motions and return to the Court of Appeal, because GTB’s appeal at the lower court had not been heard.

“The implication [of the Supreme Court Directive] is that both parties are going back to the court of appeal for the Bank’s substantive appeal to be heard,” a source in one of the legal teams of the parties said. “The court said it won’t hear any applications and asked all parties to
withdraw their applications.” One of the applications that was withdrawn and struck out by the Supreme Court is the plea filed by Innoson on 27th of February, 2015 askingfor the court to order GTB to issue a money guarantee to the court. This is interesting because it means that, rather than rule for the Bank to pay Innoson 14bn as the latter had claimed, the apex court struck out that particular request.

BACK TO THE APPEAL COURT

Following the directive by the Supreme Court, the substantive appeal filed by GTB will now be heard at the Court of Appeal, Enugu Judicial Division, on the 14th of June, 2018.This appeal has been repeatedly delayed by the Innoson camp using moves such as itsmotion filed by on October 3, 2017to prevent the appeal from being heard. Back then, the Court of Appeal had expressed surprise that Innoson (the Judgment Creditor) is not desirous of allowing the appeal to proceed.

Again, in the proceedings of 24th October 2017 in CA/E/275/2015 between same parties, the same Prof. Mbadugha appearing for Innoson and other Respondents had scuttled proceedings when he refused to proceed with Appeal even though it was clear that the Appeal was ripe for hearing and opted to pay costs. Prof Mbadugha said to the courts: “I ask for an adjournment even though all motions have been taken… I offer N50,000.00. The Appeal Court responded; “This application for adj. has no basis, but in the interest of justice it is hereby granted. The
appeal is ripe for hearing. Cost of N100,000.00 to the Appellant against the Respondents. Appeal adjourned to 17/4/18 for hearing.”

However, following today’s hearing at the Supreme Court, it seems all hurdles have been cleared for GTB’s substantive appeal to be heard by the Court of Appeal.

FESTUS IGBINOSA IS A FINANCIAL ANALYST AND HE WRITES FROM ABUJA

Peugeot Automobile Nigeria Is Recruiting – See How To Apply