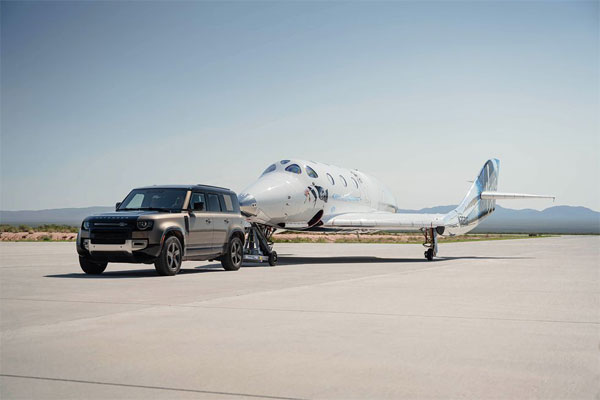 In the early days of space travel, pretty large and complex vehicles were used to transport astronauts to the launch sites.

For instance, NASA used a modified Airstream Motorhome named the Astrovan to transport astronauts to the space shuttle’s launch pad. The Airstream vehicles themselves became celebrities of sorts, and continued to be used through the end of the shuttle program in 2011.

Likewise, the USSR used specially modified LAZ buses to transport cosmonauts to the launch sites at Baikonur and other cosmodromes.

However, in the era of private space flight, the vehicles that transport flight crews to the rockets or spaceplanes are bound to be less space age, and a little more luxury SUV age.

Elon Musk’s SpaceX predictably uses Teslas in most circumstances, including transporting astronauts to the launch pad in the Model X.

The Range Rover Astronaut Edition carried Branson and his crewmates, a total of six including two pilots, to the craft at Spaceport America in New Mexico, for the Unity 22 mission—the fourth crewed flight for the launch vehicles, and the first to carry a full crew aboard.

“This is an incredible technical and human achievement for the Virgin Galactic team as they took personal adventure to thrilling new heights,” said Joe Eberhardt, President & CEO, Jaguar Land Rover North America. “Land Rover is proud to have supported this exciting mission and we look forward to supporting all the flights into the future.” 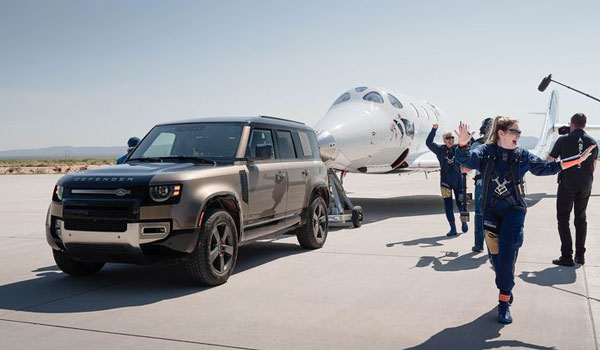 After SpaceShipTwo landed, it was towed by an awaiting Land Rover Defender 110.

Following a successful flight and landing at Spaceport America, the SpaceShipTwo Unity craft was towed to the awaiting crowd by a Land Rover Defender 110. In fact, Land Rovers have been performing all kinds of tasks at the launch sites since 2014, ranging from carrying equipment and staff to clearing runways before take-off.

“Land Rover has been by our side, on our side and part of our daily lives at Virgin Galactic since 2014,” said Stephen Attenborough, Chief Customer Officer for Virgin Galactic. “It was completely fitting that these capable, luxurious and iconic vehicles played a central part in today’s historic events. As we look ahead to the start of a full commercial service, we couldn’t be more delighted to know that Land Rover will be going Above and Beyond, as together we open space to change the world for good.”


Related Topics:Virgin Galactic
Up Next