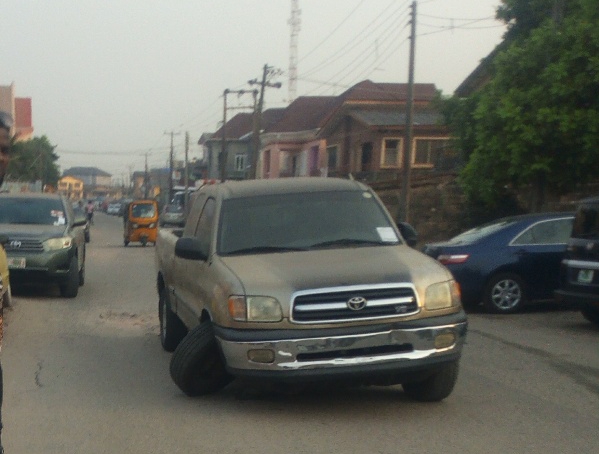 Toyota Tundra pickup truck suffers catastrophic ‘Ball Joint Failure’ in Lagos, here are are some of the causes.

Age, mileage, off-road driving as well as installation by inexperienced mechanics are some of the causes.

The Toyota Tundra is one of the most versatile pickup truck on the market as it is capable of executing anything thrown at it, including towing between 3500-6400 lbs.

Its strong chassis also makes it a serious workhorse, allowing the Tundra to go off-road as well as carry up to 1,440 pounds in the truck bed without any problems.

But, just like any other vehicle, the Tundra is susceptible to damages as one recently suffered a mechanical failure that is common to Honda brands. 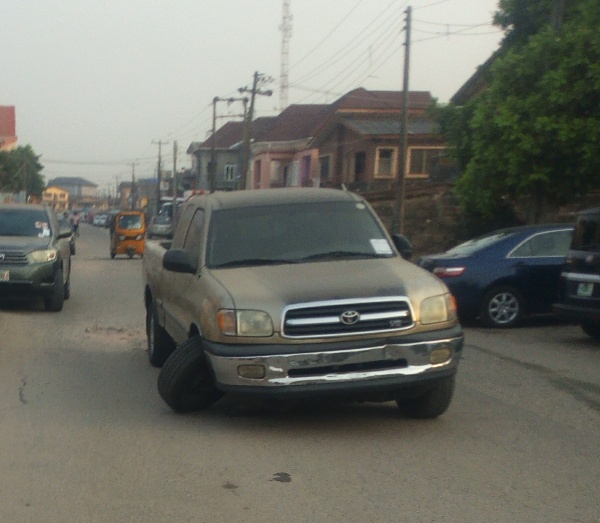 The broken down first-generation Tundra truck was driving down a road in Surulere, Lagos, when a worn lower ball joint at the front wheel came apart.

But seeing the Tundra suffer what most Nigerians attribute to Honda brand isn’t surprising as the truck, especially the first-gen model, are notorious for it.

Age, mileage, off-road driving as well as installation by inexperienced mechanics are some of the things that contribute to their demise. A quick visit to Tundra blogs shows there was a big recall on LBJ’s for some first gens at one time due to a manufacturing flaw.