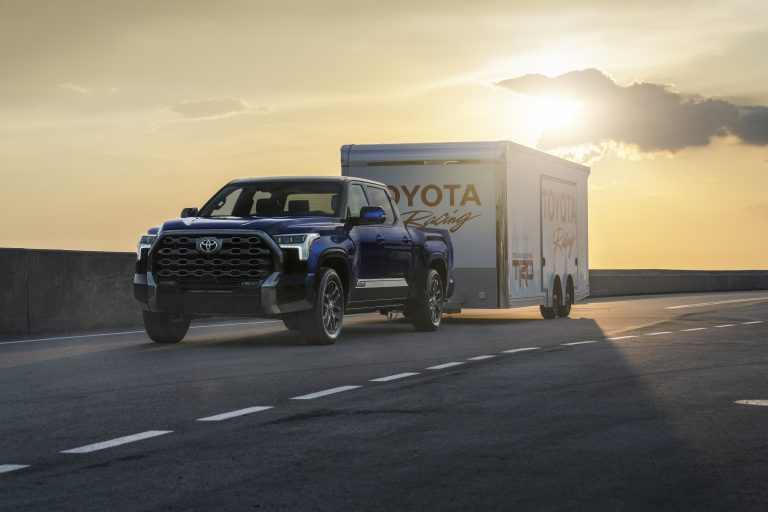 The new Tundra pickup can tow only 12,000 pounds or about 17.6 percent higher than what the previous generation could haul.

Toyota says its customers don’t haul giant loads like skid steers or Tractors, but their toys like ATVs, motorcycles, and snowmobiles.

The US market recognizes the Ram 1500, Chevy Silverado, Toyota Tundra and Ford F-150 as work trucks. 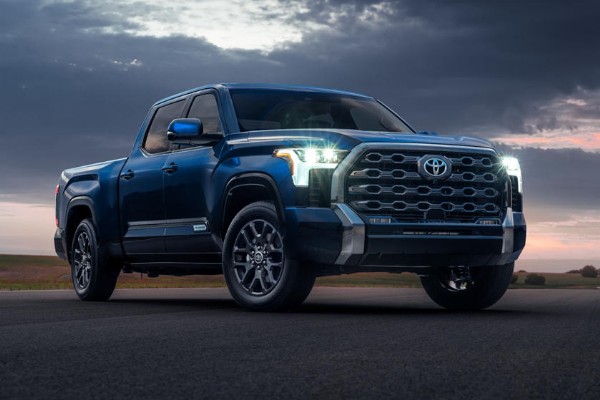 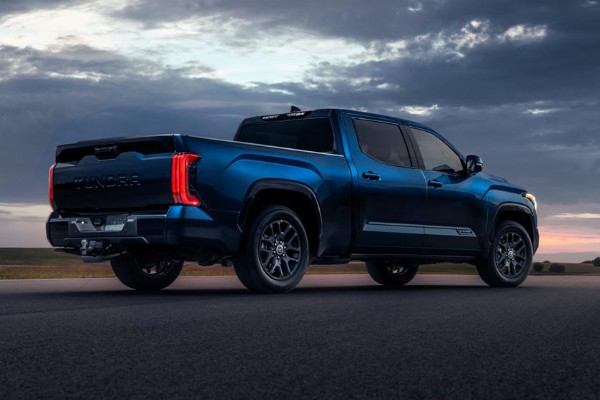 The new Toyota Tundra, based on the latest Land Cruiser 300 SUV, replaces the outgoing model which debuted 14 years ago. In addition to wearing a sportier and more modern appearance, the new truck also packed more power and techs, in order to have a chance to compete with its rivals. 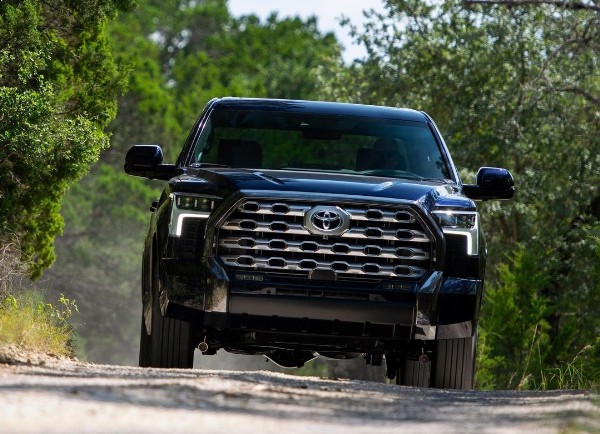 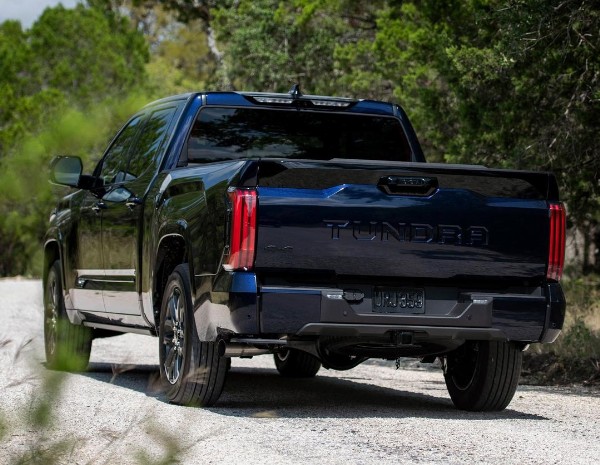 These includes an 8.0 inches (up from 7.0 inches on the old Tundra) infotainment system on the base truck that reaches 14.0-inch on the higher-end models, as well as two powertrain options that are based on the same 3.5-litre twin-turbocharged V-6. 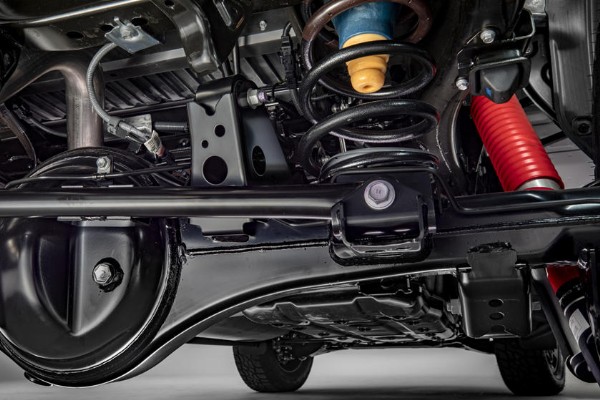 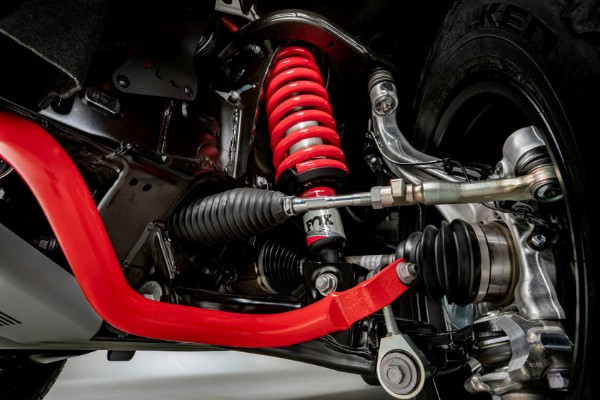 But despite some of these impressive upgrades, the new Toyota Tundra pickup truck still can go head to head with its American-made rivals due to its ability to tow 12,000 pounds.

This number is about 17.6 percent higher than what the previous generation could haul, thanks to new and advanced coil springs it rides on, instead of the leaf springs on the old model. 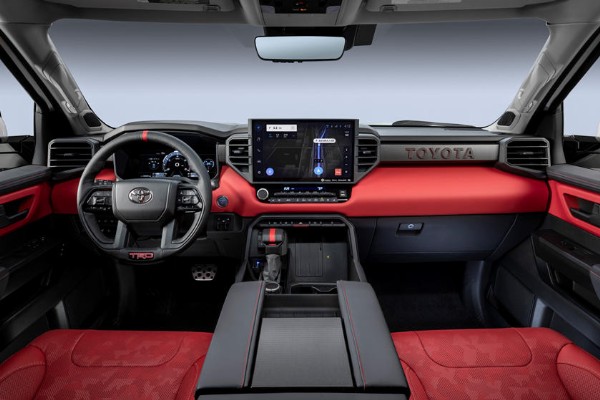 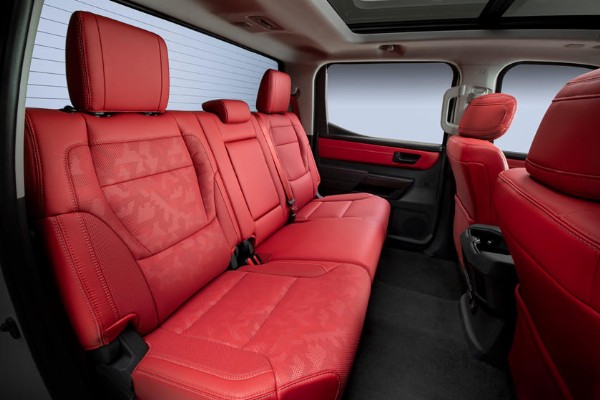 The 2021 Ford F-150, which boasts 14,000 pounds of towing capacity when properly equipped, is king of full-sized pickups, and it won’t relinquish that throne without a fight. 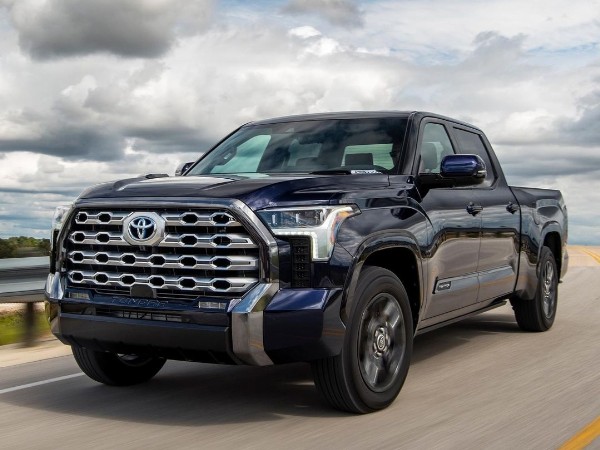 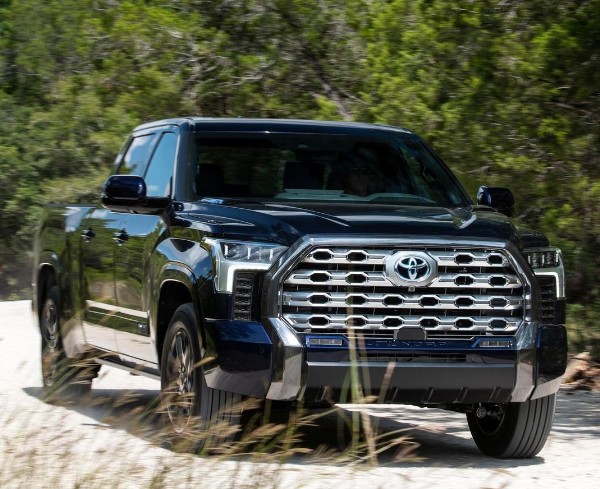 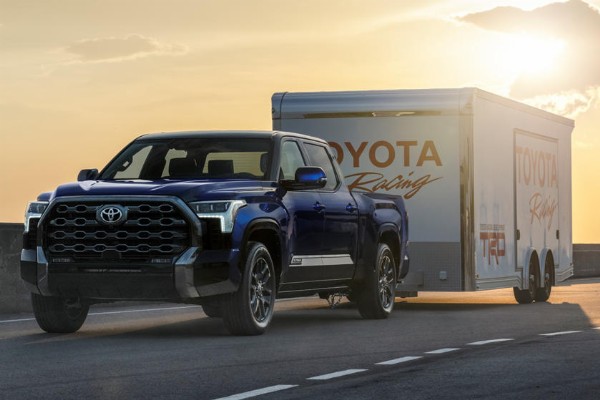 But there is a good reason while the 2022 Toyota Tundra pickup truck tows less than rivals. According to the Tundra chief engineer Mike Sweers, who spoke with The Drive, Toyota knows its customers don’t haul giant loads.

“When the customer gets in, it should ride and handle to meet their expectations, especially if they are a first-time truck owner.” 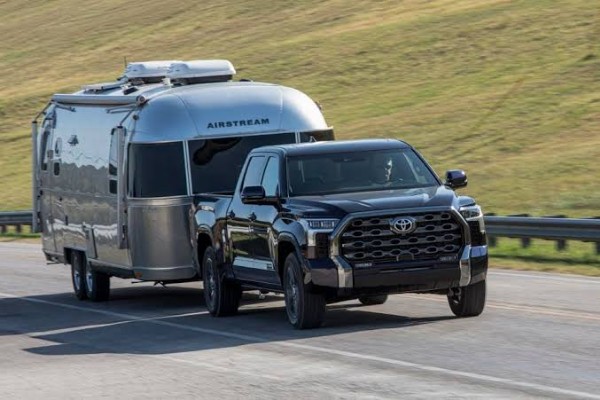 Sweers says that Toyota Tundra buyers fall squarely into the active lifestyle category as they tend to want adequate towing capacity to haul their toys like ATVs, UTVs, mountain bikes, motorcycles, and snowmobiles— and not skid steers or tractors.

The US market recognizes the Ram 1500, Chevy Silverado, Toyota Tundra and Ford F-150 as work trucks, and each of them is targeted at buyers who use their pickups for job-related tasks.