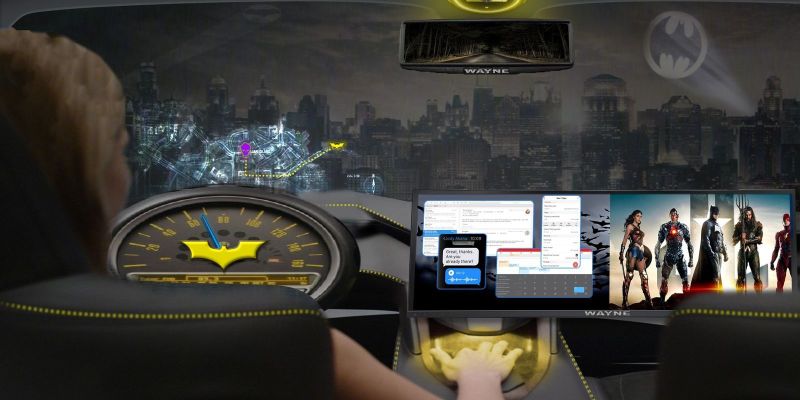 Entertainment company Warner Brothers and tech firm Intel announced on Wednesday at the LA Auto Show that they’re partnering on a deal to develop an in-cabin, immersive experience in autonomous vehicle (AV) settings. .

The CEO of Intel said Warner Bros will help create an experience for a concept car that aims to demonstrate what entertainment in autonomous vehicles could look like in the future.

He said the immersive experiences might include virtual reality and augmented reality features that riders can access inside the vehicle. For example, a fan of the superhero Batman could enjoy riding in the Batmobile through the streets of Gotham City, while augmented reality capabilities render the car a literal lens to the outside world, enabling passengers to view advertising and other discovery experience.

The partnership illustrates one of the many ways companies will be vying for consumers attention in autonomous vehicles once they’re deployed en masse. Intel predicts that once drivers become riders or passengers, the time they spend watching videos and tinkering with their smartphones or other connected devices will increase.

Intel and its newly acquired company Mobileye,are working on building out a fleet of 100 autonomous vehicles that are supposed to hit public roads before the end of 2017.The fleet of vehicles will include a variety of car brands and types.

Dumb Cars Will Be Dead In The Long Run. Only Smart Cars Will Survive