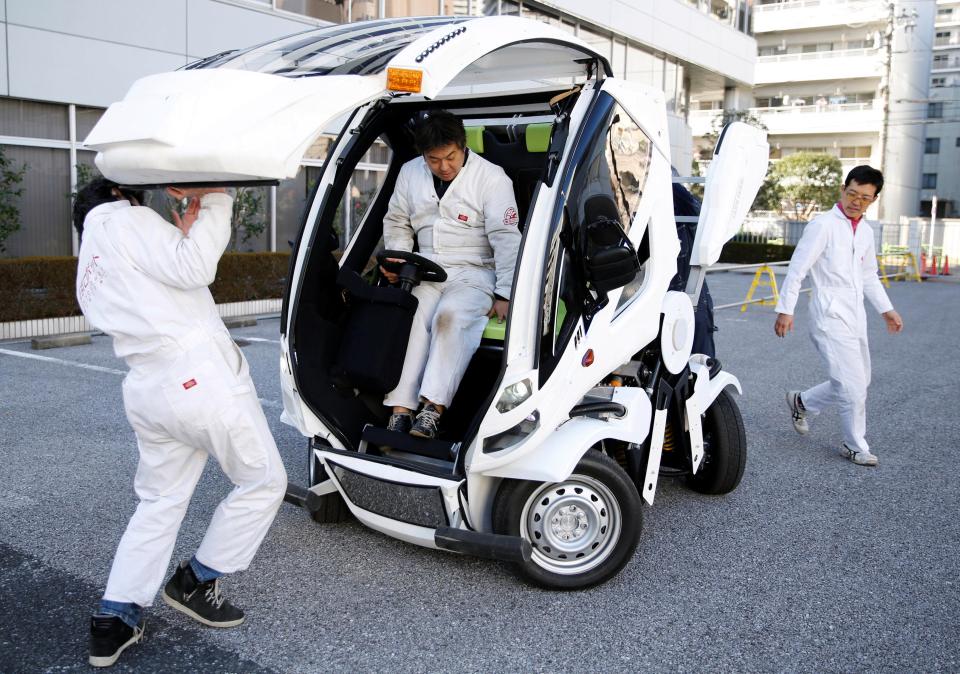 Finding a parking space may soon become much easier thanks to this robot car that was unveiled by a japanese firm,Four Link Systems,which can fold itself up and squeeze into small spaces.

This new electric car,a shapeshifiting Transformers-inspired robot has two large fins at the back with brake lights and a huge opening cockpit for the driver to step into.

It looks like any other futuristic electric car and drives like a regular car with steering wheel and pedals.

That is until you transform the car into the robot just like Optimus Prime or Bumblebee from the Transformers franchise,using the company’s clever motor system.

The next step for Four Link Systems is to get permission to trial on public roads ahead of actual sales. Their first challenge was to build a car that can beat a Toyota. But since there was no way to compete with the auto giant on performance, cost or brand power,they focused on design and came up with the idea of a robot-like vehicle.

And despite costing as much as a high-end Lexus at £52,000(about $70,000), the company has already accepted 30 orders from clients from Japan, China and Dubai,where It would be used at airports and tourist locations.
It is expected to be on the road by March 2018.