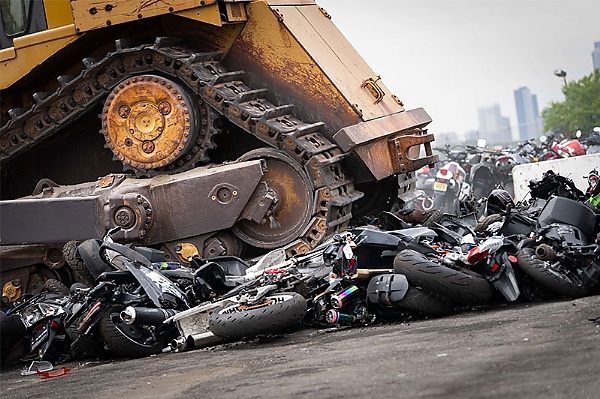 Over 100 illegal dirt bikes and ATVs seized by the New York City Police Department crushed with a bulldozer on Thursday.

New York City continues to get rid of the “loud, intimidating and dangerous” vehicles from its streets.

The mayor said that the smashed illegal dirt bikes and ATVs will be turned into scrap metal and recycled.

He said that the bikes were destroyed rather than resold in order to prevent them from returning to the streets.

The bulldozed dirt bikes and ATVs were part of the 2,000 illegal vehicles already impounded this year. 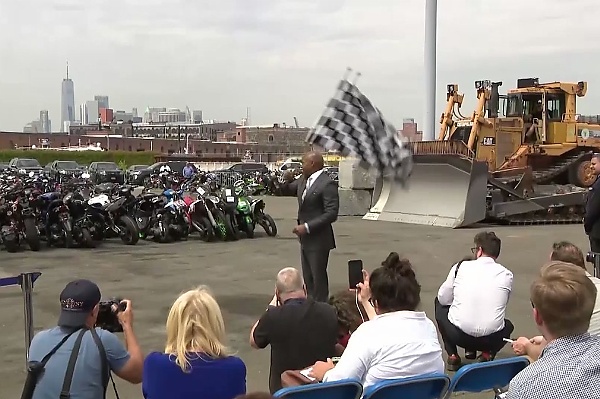 New York City Mayor Eric Adams, on Thursday, watched the destruction of over 100 illegal dirt bikes and ATVs (all-terrain vehicles) seized by the Police Department (NYPD) as the city continues to get rid of the “loud, intimidating and dangerous” vehicles from its streets.

Footage taken at the crushing site shows Adams waved a checkered flag to start the bulldozing event on Thursday, where 100 dirt bikes and ATVs (all-terrain vehicles) were crushed by a bulldozer.

The bulldozed dirt bikes and ATVs were part of the 2,000 illegal vehicles already impounded by the NYPD this year, an 88% increase from the ones seized last year.

Since taking office, Adams said he has made taking “extremely dangerous” motorbikes and ATVs off the New York City streets a top priority. 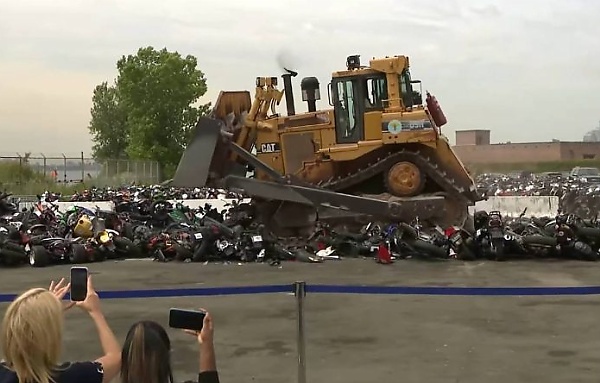 “Dirt bikes and ATVs are not only a nuisance and an annoyance to us, but they are extremely dangerous.

“We see them all the time and we hear them at all times at night.

“We see the large numbers that are moving throughout our streets, and we want to be clear that this is not acceptable.” 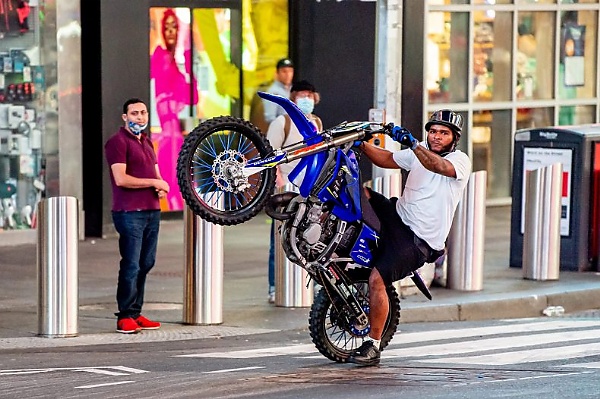 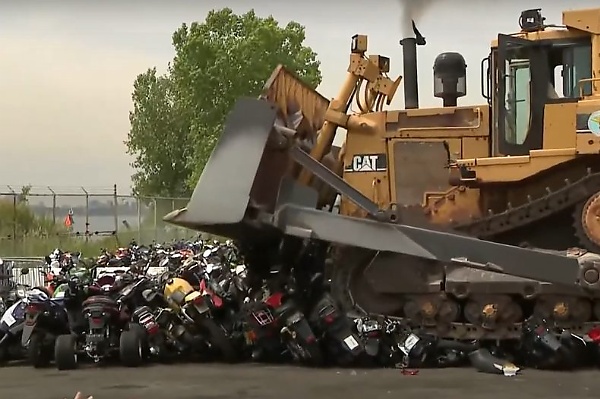 “The NYPD heard the call and they did a Herculean task to get rid of these loud, intimidating and dangerous and illegal dirt bikes and ATVs that are on our street.”

“As you can see from the number of bikes here today, we are making good on that promise — 900 bikes more than what they were able to remove last year, 88% increase because of the work of the New York City Police Department and communities,” Adams said.

“Each and every one of them, they will be turned into scrap metal and eventually recycled. The motorbikes are destroyed rather than resold or donated in order to prevent them from returning to our streets and not allow them to operate again.”

Recall that a similar exercise was carried out by the Lagos State Government earlier this month as part of public safety effort.

Two Months After Launch, Toyota Recalls Its First All-electric Car Due To Risk Of Wheels Coming Off