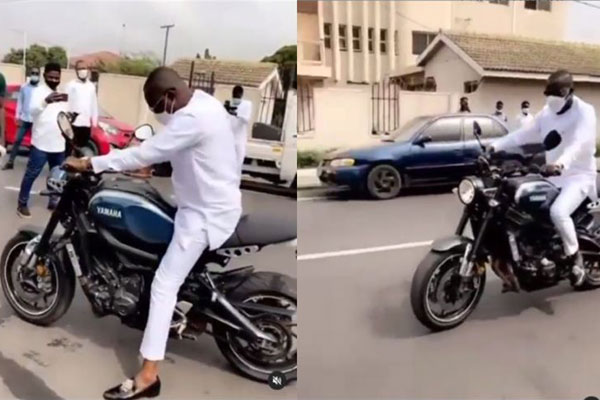 Ghanaian billionaire and businessman Osei Kwame Despite shows off his riding skills atop Yamaha motorcycle. 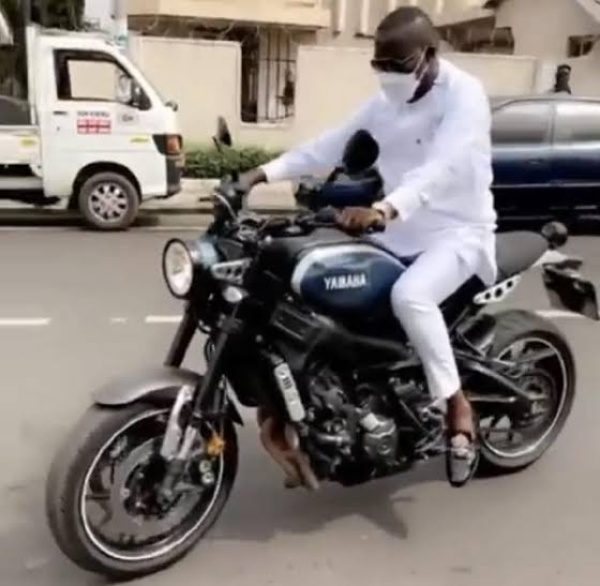 Dr Osei Kwame Despite has been spotted riding his yamaha motorcycle somewhere in Ghana. Osei is known for so many things but least is known about his private life.

As such, the Ghanaian billionaire wowed many social media users as he exhibited his riding skills. Even though he does not live an ostentatious life, still many are curious to see how the business mogul lives his life with all the luxury at his feet.

Accordingly to reports, of all the expensive cars at his disposal, Dr Osei Kwame Despite is a rider as well as he has shown off his motor riding skills in a new video.

Fada Dickson, who is the right-hand man to the affluent Ghanaian business magnate shared the video. In sharing the video below, he wrote “man of many talents”

This video comes just after a day of Osei Kwame Despite marked his birthday. Yesterday, a private ceremony took place in the house of the Despite Media owner to celebrate him.

Abeiku Santana, gospel singers Diana Hamilton and Yaw Sarpong among others were also present in the house for the brief ceremony. The event saw Sarkodie in attendance who carried out a tour inside the multimillion home of Despite.

Federal Government: 30% Of Cars In Nigeria Will Run On Electricity By 2025

Rolls-Royce ‘Spirit of Ecstasy’, The Most Famous Bonnet Ornament, Is 110 Years