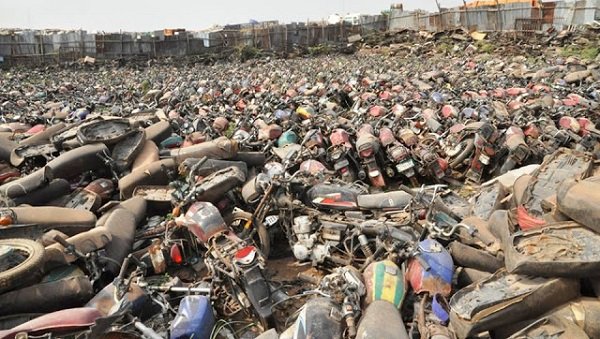 On Monday 27th of February 2017, the Lagos State Commissioner of Police, Fatai Owoseni disclosed that the Lagos State Government plans to begin crushing and recycling of impounded Okada within the state.

According to him, the State Governor, Mr. Akinwunmi Ambode had directed the Police and other security agencies to assist Lagos State Government achieve its plans to begin crushing and recycling of impounded Okada within the state; assuring that the clampdown will be sustained vigorously on a daily basis.

In line with the State Traffic Law 2012 which prohibits the operations of Okada and Tricycles also known as Keke Marwa from operating on certain routes and areas across the State, the decision to begin crushing and recycling of impounded Okada was in accordance with the provision of the Law. 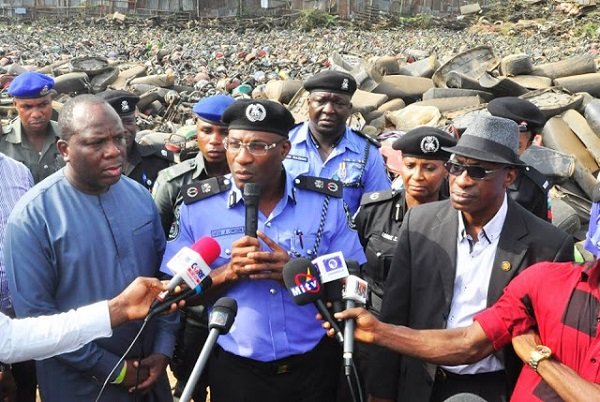 While speaking with journalists at the Olusosun refuse dump site in Ojota, The Commisioner said the recent clampdown on Okada across the State was a fall out of the Government’s resolve to address the security concerns posed by their operations, saying that criminals are in the habit of using Okada to perpetrate crime and get away.

“So far, we have impounded about 500 motorcycles since we started our renewed efforts and we now have a total of about 4, 000 bikes ready to be crushed. 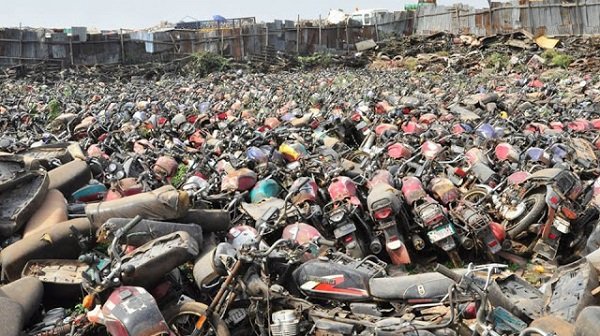 C.Ronaldo Makes Us Thirst For A Bugatti Chiron In This Test Drive