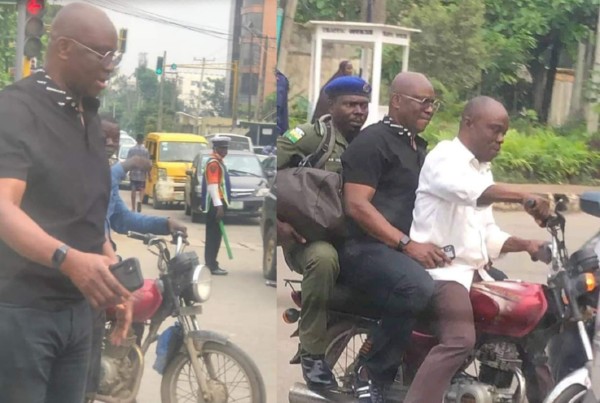 Lagos Traffic : Mixed reactions as Ex-Ekiti Gov. Ayodele Fayose shares pictures of himself aboard an Okada to avoid missing his flight. 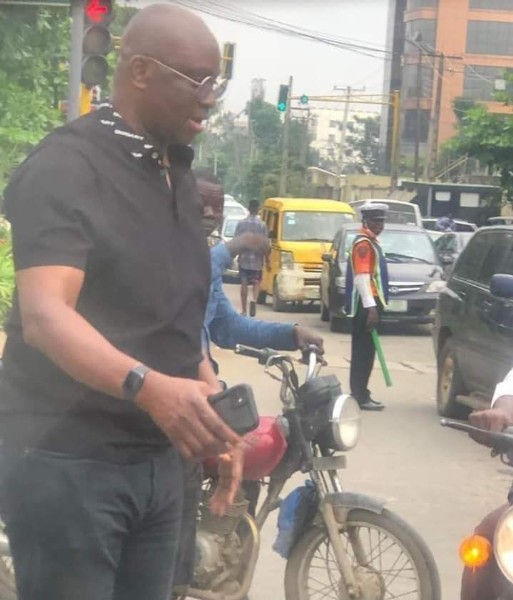 Mixed reactions have trailed the pictures of Peter Ayodele Fayose aboard Lagos commercial bike (Okada) as the Former Governor of Ekiti State raced to catch a flight at Murtala Mohammed Airport in Lagos.

In the pictures shared by the former number one citizen of Ekiti State, Ayodele Fayose was seen sandwiched between his bodyguard and the bike man as he raced not to meet his flight.

“Lagos traffic is no respecter of anyone.

I had to take Okada in Ikeja to avoid missing my flight.” 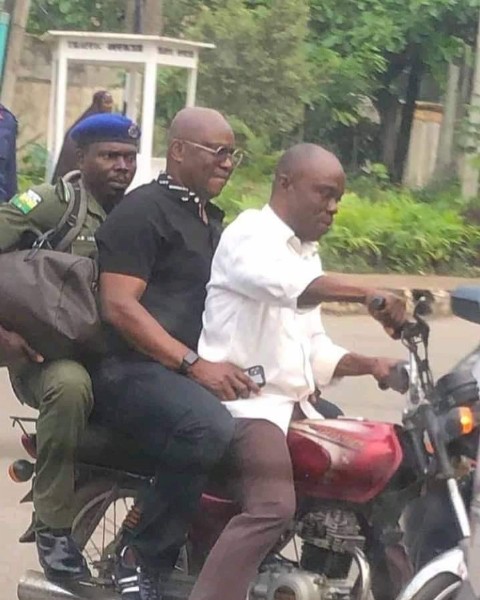 Lagos Traffic : Ex-Ekiti Gov. Ayodele Fayose boards Okada to avoid missing his flight. Fayose is seen sandwiched between his bodyguard and the bike man as he raced not to meet his flight.

His caption shows that Fayose opted for a bike after getting stuck on heavy traffic on Lagos roads, which tends to be a bit heavier in the morning and in the evening when commuters are returning from work.

As expected, the pictures created mixed reactions among Nigerians, with Cubana Chiefpriest urging all Governors to create amenities that will be beneficial to the masses as well as the Governors when they leave office.

“This Pic Na Lesson To All These Governors Doing Their Fellow Citizens Anyhow, Once You Tenure Finish E Go Clear For Your Eyes, If He Was Still To Be Governor Na PJ✈️ But Now Baba Dey Jump Okada🚴 To Catch Airpeace✈️ Treat Your Citizens Well We All Are The Same, Nothing Last Forever, This Sapa Wey We Dey Suffer Now Go Reach Everybody”