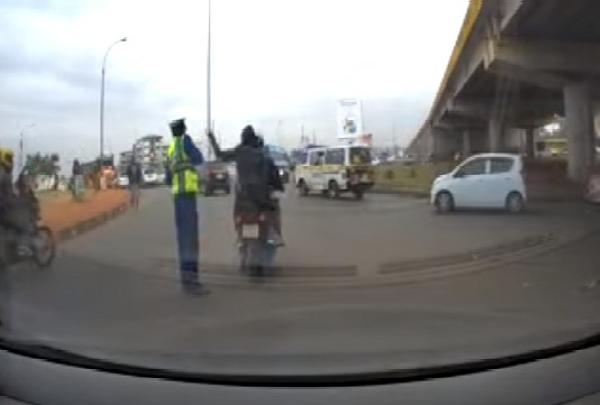 This is the moment thieves on motorcycle snatches a phone from traffic police directing traffic in Kenya.

Traffic robberies committed by thieves on motorcycles are not limited to only Nigeria.

This upsurge in the frequency of robberies is the reasons why Lagos is banning the use of motorcycles. 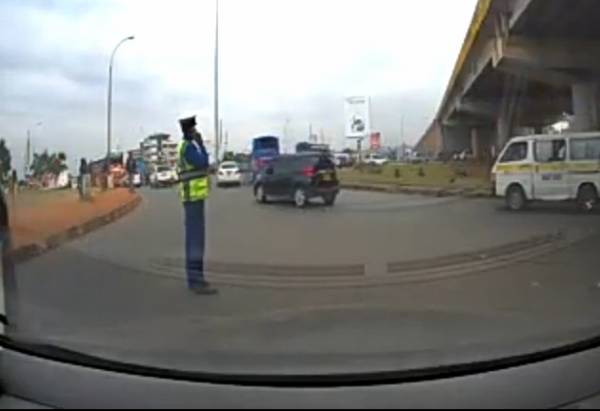 Yesterday was a day a traffic officer in Kenya will never forget after losing his mobile phone to thieves on a motorcycle while the specialized police officer was busy controlling traffic.

The daylight robbery happened on Tuesday, July 6, in Kenya’s capital city, Nairobi. The brazen theft was captured by the dashcam of a car that was stopped by the officer.

In a shocking footage shared by the motorist, the officer, while controlling traffic on a busy roundabout, can be seen communicating on the phone.

While still busy on his work, three daring young men on motorbike emerged from nowhere and snatched his phone. The incident left the officer in shock, as he watched the thieves speed away with his phone. 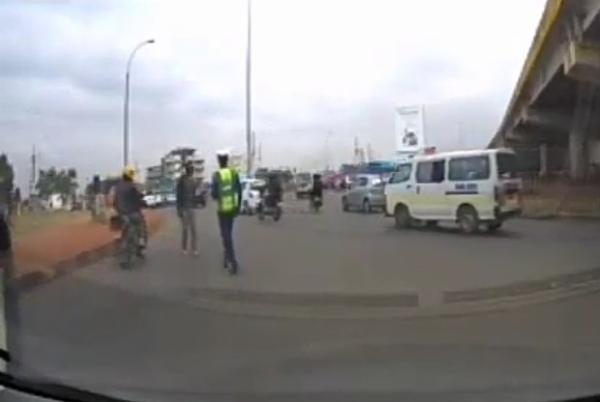 This shocking daylight robbery shows that traffic robberies committed by thieves on motorcycles are not limited to only Nigeria.

The worrying upsurge in the frequency of robberies committed by thieves on motorbikes is one of the reasons why some states in Nigeria are banning the use of motorcycles.

Some areas in Lagos ban motorcycles from operating on their streets from 7 pm in the evening to around 7 am in the morning.

Crimes committed by thieves on okadas is one of the reasons the Lagos State government is restricting motorcycle usage in some routes in the state.