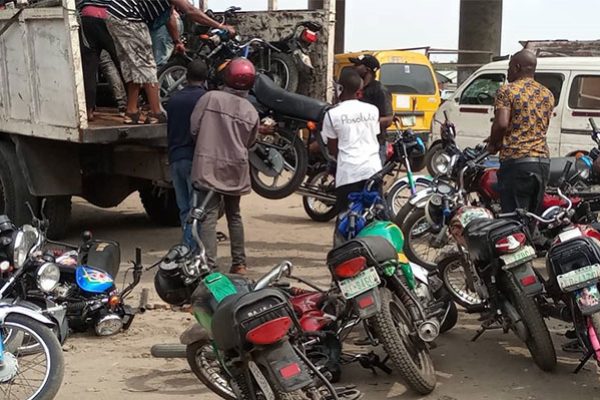 The importation of commercial motorcycles, popularly called “Okada”, drop by N93 billion in first half year of 2022.

NBS data showed that cost of motorcycles imported into Nigeria dropped to N120.1bn in the first half (Q1) of 2022.

In comparison, the trade flourished in the first half of 2021 with 213.3bn worth of motorcycles imported in Q1.

The importation of commercial motorcycles, popularly called “Okada” into the country has been hit hard this year. The decline follows the ban on the activities of motorcycle operators in several states of the nation, including Lagos.

Foreign trade report of the National Bureau of Statistics (NBS) showed that the cost of motorcycles imported into the country dropped significantly to N120.1 billion in the first half of 2022.

The Federal Government through the Attorney General of the Federation, Abubakar Malami, has also announced plans to stop the use of commercial motorcycles in the country.

“The government would look into the possibility with particular regard to restriction on use and distribution of motorcycles, which is the most conventional logistical means being deployed by terrorists.”

Vin Valuation : Importation Of Used Cars Into Nigeria Dropped By N177.2bn In The First Half Of 2022