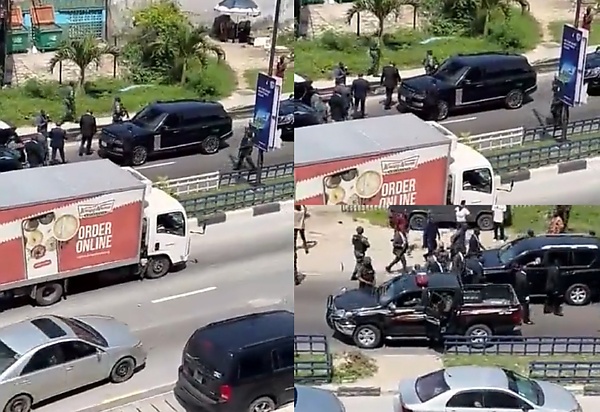 Video shows the moment Gov. Sanwo-Olu and his team arrested a ‘military officer’ for riding motorcycle against traffic.

The incident happened along the Ozumba Mbadiwe Road while the Governor’s Convoy was passing through route. 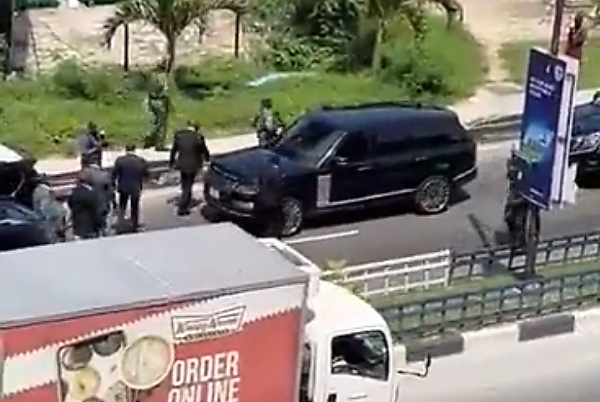 Lagos State Governor Mr Babajide Sanwo-Olu, on Tuesday June 28th ordered the arrest of a military officer who was riding a motorcycle, popularly known as Okada, against traffic.

The incident happened along the Ozumba Mbadiwe Road in Victoria Island, Lagos while the Governor’s Convoy was passing through route.

On sighting the traffic offender, Mr Sanwo-Olu ordered the security operatives attached to his convoy to arrest the military officer, who was later bundled into another vehicle.

This incident comes days after the Lagos State Taskforce announced the expansion of its operations to private motorcyclist owners, including power bikes and dispatch riders, who violate the Traffic Laws of Lagos State. 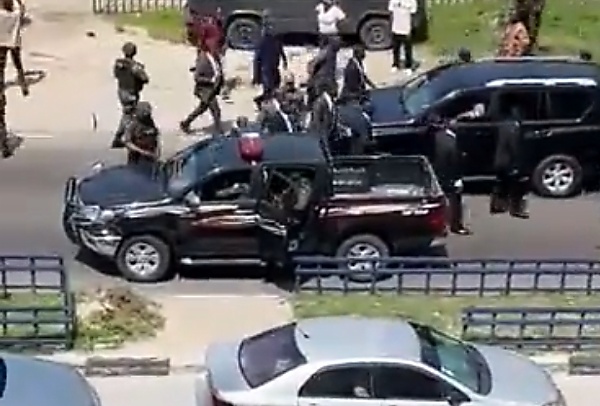 The move is part of renewed commitment to enforce the ban on the activities of commercial motorcycle operators in six LGAs and nine LCDAs of the State.

Speaking at the headquarters of the Lagos State Taskforce in Bolade Oshodi, Chairman of the Agency, CSP Shola Jejeloye, said :

“Riding a power bike does not make you immune to traffic laws of the State, especially when it has to do with riding against traffic on one-way, which is highly dangerous to road users and even pedestrians.

“Any motorbike violating the State traffic laws will be met with the same level of punishment as the Okada riders”, CSP Shola Jejeloye said.