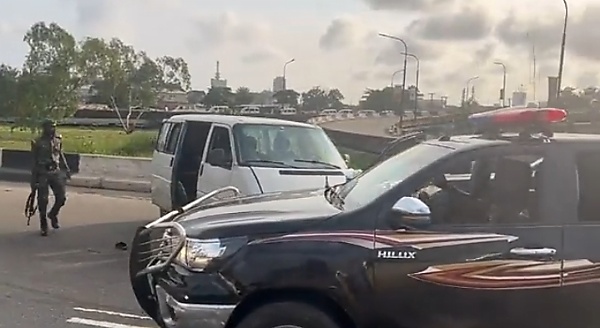 Driving against the traffic (taking one-way) puts pedestrians and other road users’ lives in danger.

Motorists caught driving against the traffic faces up to a year in prison if convicted.

In addition, they risk vehicle forfeiture to the state government, according to the Task Force. 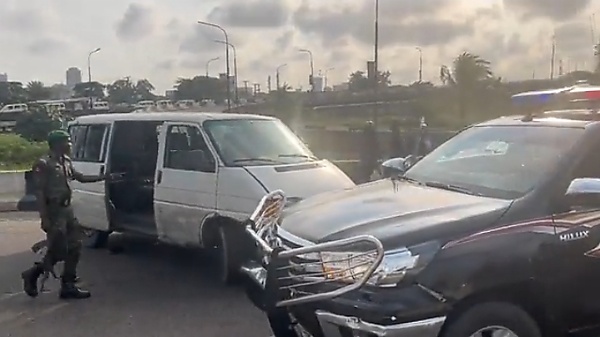 The driver of a white bus will surely rue his decision to drive against traffic after running into the convoy of Lagos State Governor Babajide Sanwo-Olu on Tuesday, August 16th.

On sighting the security operatives attached to Sanwo-Olu’s convoy, the traffic offender abandoned his vehicle on the highway and fled the scene to avoid being caught.

Sharing a post showing the moment the driver fled the scene, Jubril Gawat, a media aide of the Lagos State Governor, said :

“For people asking : See the JAPA Driver here (and his friend) … Since he doesn’t like his vehicle … We will help him keep it with the Law, Law will most likely do forfeiture .. and the bus neat o 😁😁”

Driving against the traffic (taking one-way) puts pedestrians and other road users’ lives in danger.

In addition to vehicle forfeiture to the state government, motorists caught driving against the traffic faces up to a year in prison if convicted, according to the Lagos State Environmental and Special Offences Unit (task force). 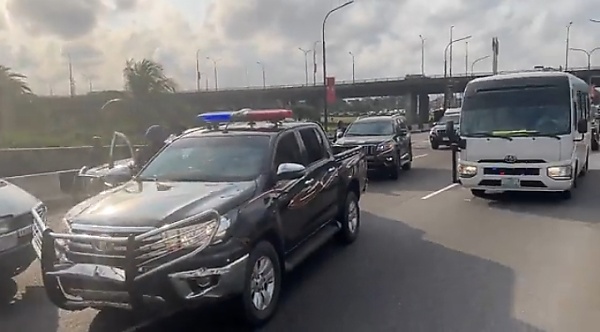 “Forthwith, the task force will start prosecuting drivers of vehicles impounded for one-way (driving against traffic). It is appalling that despite the seizure of vehicles and their auction after obtaining a court order, a lot of motorists still drive against the traffic”

“The agency will now implement the traffic law against drivers driving against the normal flow of traffic, which stipulates one-year imprisonment for the drivers and the forfeiture of the vehicles”.