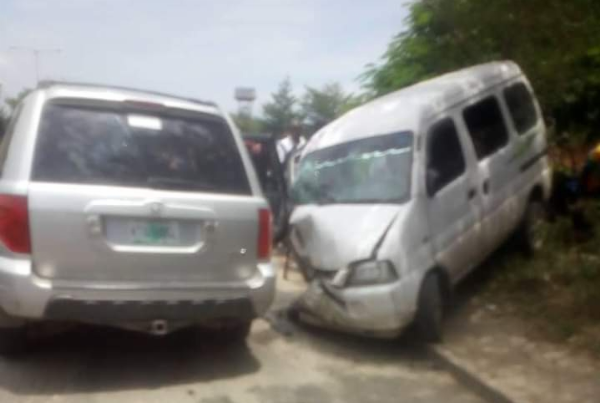 Casualties were attended to, while plans were on to move the damages vehicles off the roadway, LASTMA reports.

According to Lagos State Traffic Management Authority (LASTMA), casualties were attended to, while plans were on to move the damages vehicles off the roadway.

“An accident involving a mini bus that drove against traffic (one way) and a Honda Jeep at Crown estate before ShopRite junction. Casualties has been attended to while total recovery will also be done soon.”

This incident comes a week after the Lagos State Government auctioned over 134 vehicles impounded by the state’s task force for flouting traffic rules and regulations, particularly, for driving against the flow of traffic.

Speaking during the public auction of impounded vehicles at the Taskforce Facility in Alausa, Ikeja, the Chairman of the agency, CSP Shola Jejeloye, said driving against traffic (one-way) on major roads will not only disrupt the free flow of traffic but also endangers the lives and property of other road users in the State.

“From our records, 80% of hit-and-run victims on Lagos roads were knocked down by motorists who drove against traffic, especially in the early hours of the day”.