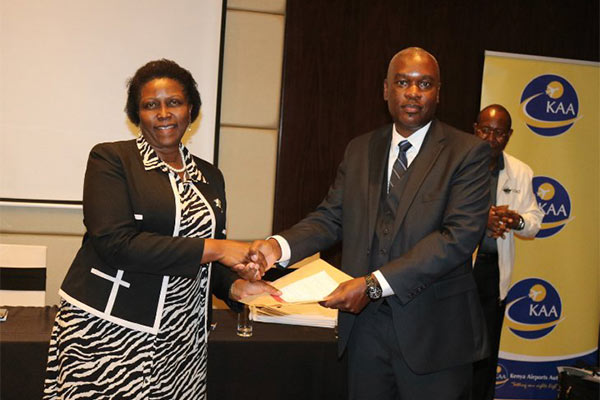 Kisumu Airport in Kenya certified by KCAA to receive international flights, including the landing of wide-body jets.

The certification valid for two years ensures a high level of compliance with the regulatory framework.

KIA received the certification ahead of the just concluded 9th edition of the Africities Summit.

Kisumu International Airport (KIA) has received a compliance re-certification from the Kenya Civil Aviation Authority (KCAA) that will allow the international landing of wide-body jets at the lakeside city.

The certification valid for two years ensures a high level of compliance with the regulatory framework applicable in the aviation industry.

KAA managing director Alex Gitari officiated at the groundbreaking ceremony of the airport’s major facelift in February 2022. The upgrade project was valued at Sh240 million.

The certification came ahead of the just concluded 9th edition of the Africities Summit, during which KIA received seven Heads of State and more than 8,000 delegates.

The Africities Summit, which ran from May 17 to 21, brought together leaders from Africa’s intermediary cities to take stock of the implementation of the Sustainable Development Goals (SDGs) and the development agenda.

Sanwo-Olu : No Going Back On June 1 Banning Of Motorcycles In Selected LG Areas