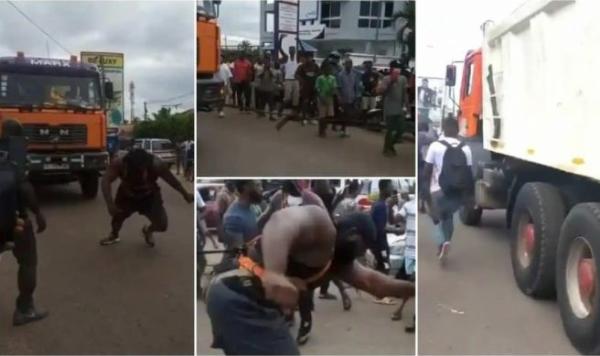 He defeated other contestants to win a car and cash at the 2021 Champion of Champions edition. 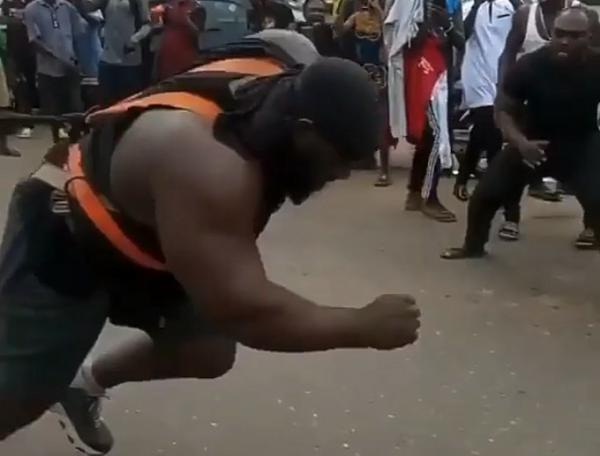 In the video making rounds online, Zulu, who has towing rope strapped around his body, can be seen pulling the fully loaded trailer. 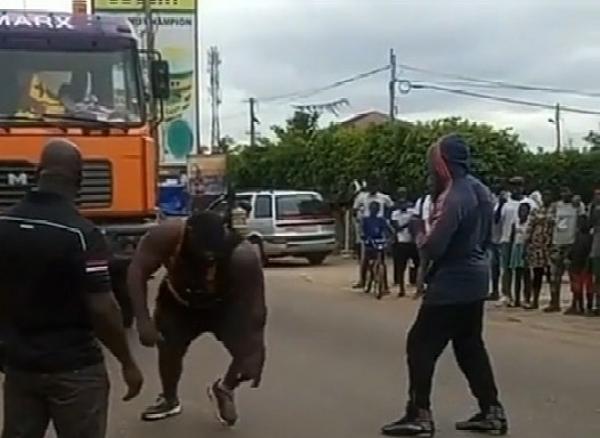 Spectators at the show of strengths staged in Ghana who were inspired by the display of strength kept cheering him as he pulled the truck.

Zulu won the final of the Champion of Champions edition held at Eli Beach Resort on Sunday, July 4, 2021. He defeated Ahmed Boakye, Prosper Dakora and Bright Appiah after rounds of gruelling competition. 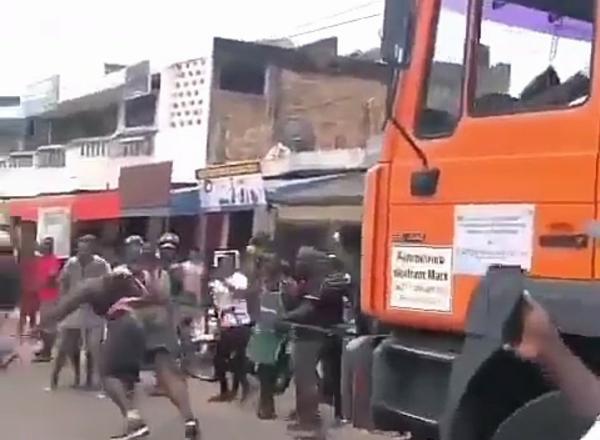 According to report, he topped in many of the tasks, including Truck Head Pull (weight 46,000kg), Giant Tyre Flip and Keg Toss to be adjudged the winner.

Ahmed Boakye who came into the final as reigning champion placed third while Prosper Dakora and Bright Appiah, aka SWAT, were second and fourth respectively. Shaka Zulu took home a whopping cash amount, a brand new car and will be in South Africa to participate in the prestigious Arnold Classics Africa.

Moscow Switches From Diesel Buses To Electric, Now Has 600, The Biggest In European City