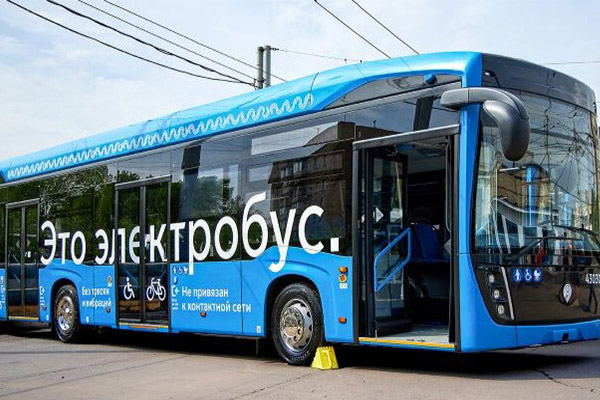 Now has 600 battery electric buses, which beats any other European city.

Moscow, the capital of Russia is going electric, as the Mayor of Moscow announced that starting this year, the city will not buy diesel buses, except for transportation in a special mode.

According to him, “Electric buses are fully coping with transportation in the conditions of the Moscow winter; the innovative transport has already worked for the third season without interruptions. In the Moscow winter, temperatures normally drop to approximately −10 °C (14 °F); winter runs from the beginning of November to the end of March.”

Mosgortrans, the company that runs the bus and tram network in Moscow, already operates some 600 battery electric buses. It beats any other European city. It is expected that by the end of this year it would reach 1,000.

The electrification of the fleet progresses quite well and it appears that cold winters are not a problem at all thanks to the use of lithium titanate batteries (LTO). Over 2.5 years, the fleet covered more than 40 million kilometers and carried more than 90 million passengers.

The LTP batteries have a much lower energy density than most of the other types of lithium-ion batteries but can operate at a wide temperature range and fast charge in minutes. This is why Moscow expands also the fast charging infrastructure (200 new spots coming this year), which allows it to keep the fleet running the entire day.

Earlier this year, Kamaz, the largest supplier of the electric buses in Moscow, launched a new assembly plant in the city (announced in 2019) dedicated to EVs. Its initial output is up to 500 units annually and at a later point it will be increased to 700 annually.

That sounds like a lot, but also the contracts are large – the most recent, fourth order, is for 350 electric buses – 150 units to be deployed by the end of July, and the remaining 200 by the end of this year.

Also, Kamaz’s supplier of battery packs and propulsion – Drive Electro – benefits from the high demand of EVs and reported order of components for 200 additional units (on top of 400 delivered previously).