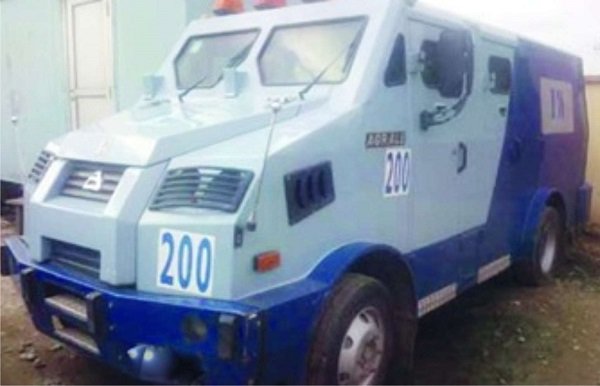 The operatives of the Lagos State Task Force on Tuesday arraigned a bullion van driver before Magistrate Lateef Owolabi of the Lagos State Mobile Court sitting at Bolade, Oshodi, Lagos for driving against oncoming traffic (One-way).

Speaking on the arraignment, CSP Olayinka Egbeyemi, Chairman of the Agency disclosed that the driver of the bullion van was apprehended by the enforcement team of the Agency while driving against traffic in Oshodi.

The Chairman disclosed further that the driver of the bullion van with registration number HK 218 EKY, Bamidele Ezekiel, admitted committing the offence, attributing the act to his desire to deliver a consignment at the specified destination within schedule.

Egbeyemi decried the flagrant disregard of laws made to regulate the free flow of traffic on our roads without any regard for other road users, asserting that “It is imperative to urgently re-orientate these bullion van drivers on the need to abide by all traffic regulations and stop the habit of driving against traffic across the State”.

He said the driver has since been arraigned before Magistrate Lateef Owolabi for the offence of driving in a direction prohibited by law (one-way) punishable under Part (III) Item 27 of the Transport Sector Law of Lagos State 2018.