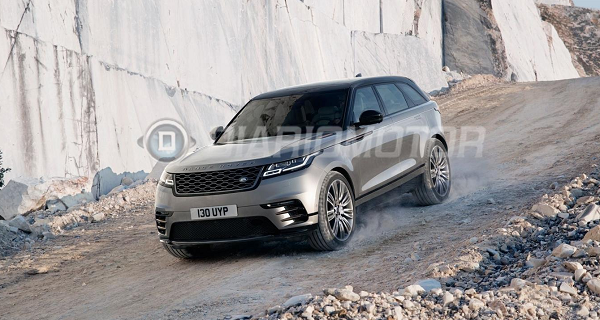 The Velar’s design aesthetic is clearly derived from the Evoque’s low-greenhouse, sleek lines, and the general idea of a stretched Evoque seems to work fairly well.

The lighting design is highly graphical and bold, which has become a Land Rover/Range Rover trademark lately, and clever use of black underbody cladding gives the illusion of a more pert rear end than is actually the case, as well as adding a bit of synthetic leanness to the entire lower profile. 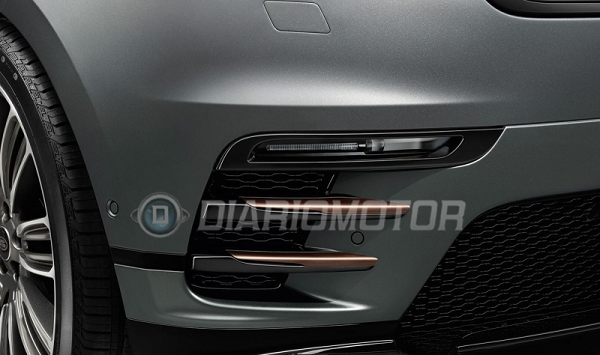 Interior Of The Range Rover Velar

The interior shows some novel use of flat screens in the center stack; a wide upper screen with a prominent bezel is joined by a lower screen that’s seamlessly inset into a larger glossy panel, giving the illusion that there’s physical controls embedded into a tall, tablet-like screen. 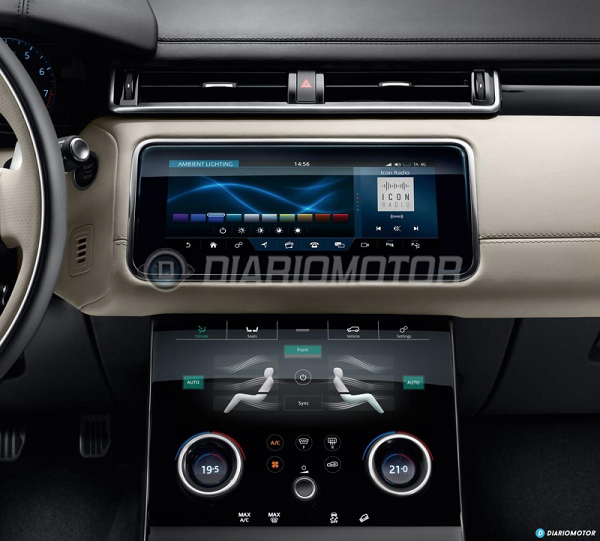