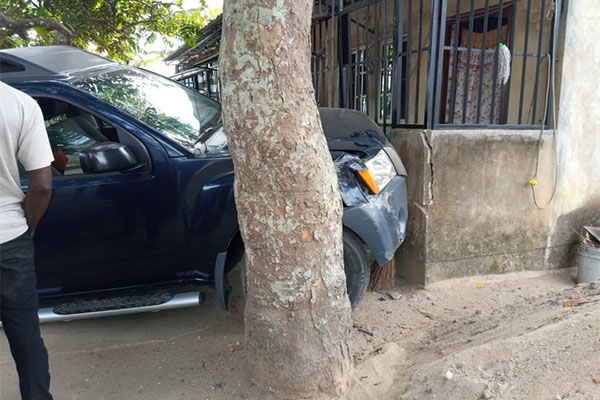 Man escaped death after a learner driver crashed his Nissan Xterra SUV into a building in Calabar, Cross Rivers state.

The Nissan Xterra is known in some markets as Paladin (China); Nissan Roniz (Iran) and Dongfeng Oting (China).

The truck-based compact SUV was manufactured by Nissan Motors from 1999–2015 across two generations.

A Nigerian Lady has recounted how her father escaped death after a learner driver crashed his Nissan Xterra into a section of their home in Calabar, Cross Rivers state.

According to the lady with the Facebook handle, Foodpreneur Firewoodgirl, the driver rammed the SUV into her father’s favourite spot nearly 4 minutes after moving away from the spot.

Judging by the images of the crash, the Nissan Xterra suffered minor damages while the wall of the building had cracks on it. 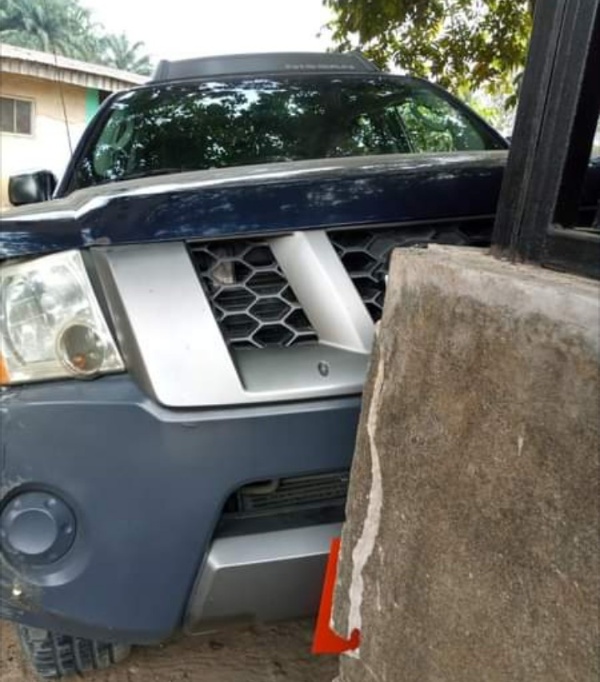 In the meantime, she thanked God for saving her Father from being hit by learner driver.

”And this could only be God o. A learner drove passed My Dad’s favourite resting position outside my compound into the self contain. And to think that Dad just left that spot barely 4 minutes before this happened. Abasi Akan o” 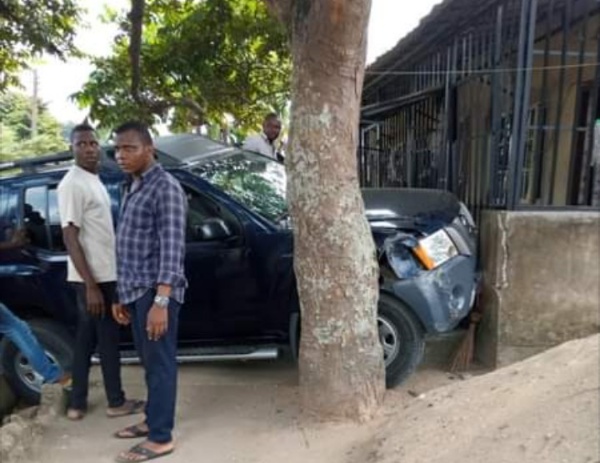 The Nissan Xterra, known in some markets as Paladin (China); Nissan Roniz (Iran); Dongfeng Oting (China); is a front-engine, truck-based compact SUV manufactured by Nissan Motors from 1999–2015 across two generations. 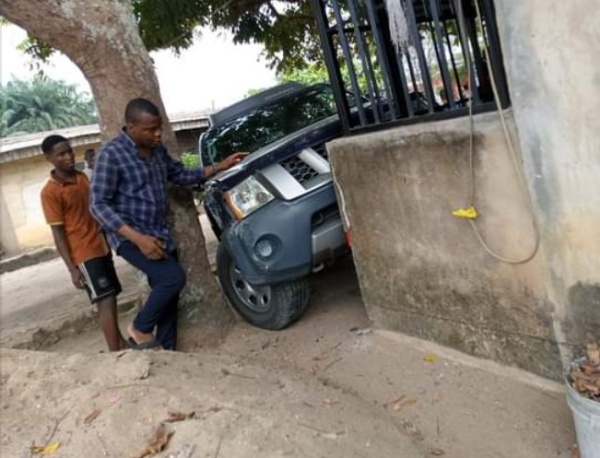 The first-generation Xterra (1999–2004) shared a platform as well as front bumper, hood, A-pillar, windshield and front doors with the Nissan Frontier pickup. And the second-generation (2005–2015) also shared its platform with the Frontier.

Both generations prioritized ruggedness and affordability over luxury and used body-on-frame construction along with underbody skid plates.