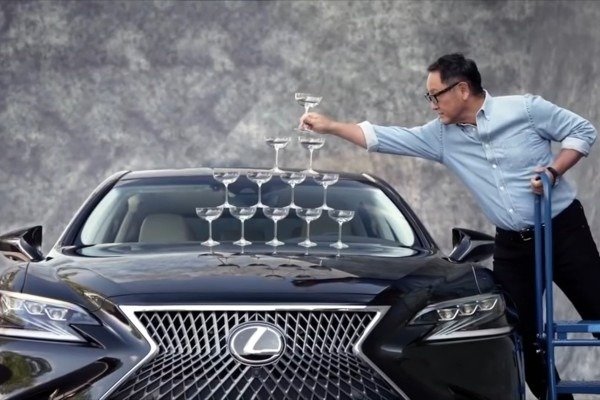 To show the smoothnest of one of the best luxury cars on sale today, Lexus sat champagne glasses on the bonnet of its LS 500, while making a 145-mph run on a dyno.

Despite the being subjected to a 145-mph run, not a single champagne glass on the LS 500 tumbled over. 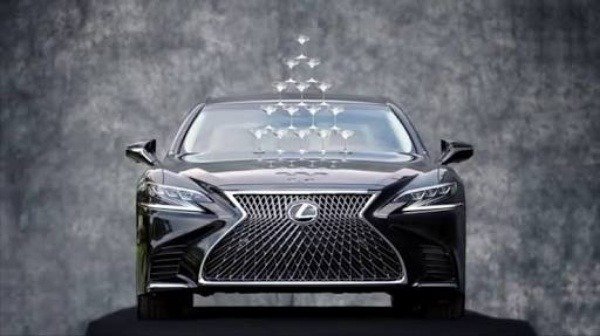 Last year, Toyota luxury brand Lexus marked the 30th anniversary of giving us one of most luxurious cars on earth.

During the launch of the luxury brand 3-decades-ago, Lexus shows the smoothnest of the original LS 400 by sitting a tower of champagne glasses on its bonnet, while it made a 145-mph run on a dyno.

Despite the being subjected to a 145-mph run, not a single champagne glass on the LS 400 tumbled over.

To prove that the LS 500 is still as smooth as ever, Lexus has recreated the classic ad, named simply as the “Champagne Glasses”.

In the recently released clip, Toyota President Akio Toyoda used the latest Lexus LS 500 luxury sedan. And while doing this, Akio Toyoda added some humor along the way.

The engine inside the bonnet of the LS 500 delivers 415 horsepower and 442 pound-feet of torque. It is mated to a 10-speed automatic. 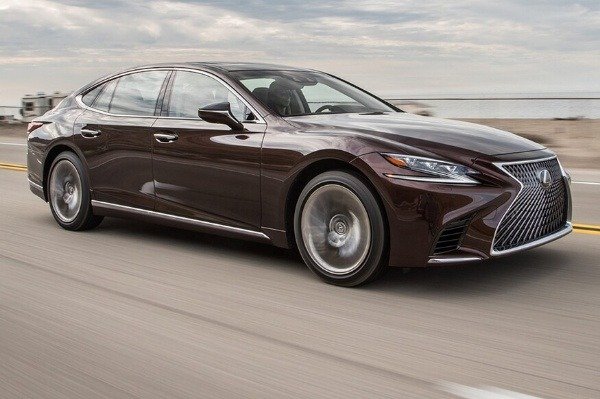 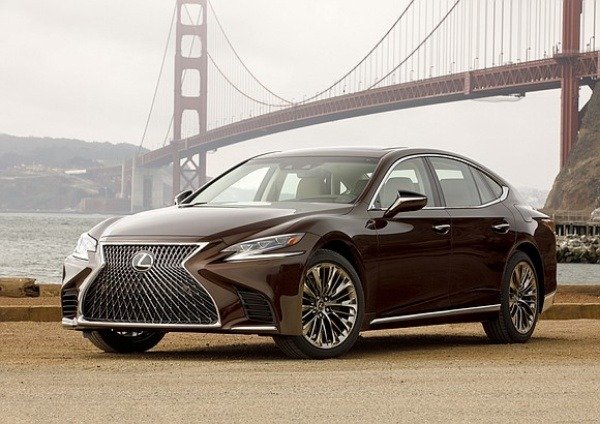 Three years after its comprehensive redesign, the fifth-generation Lexus LS 500 is still a head turner.

In addition to the standard luxury features, the LS 500 can be equipped with extras to make it more luxurious. 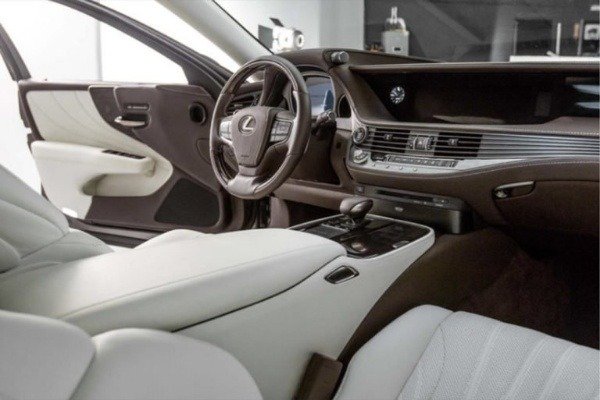 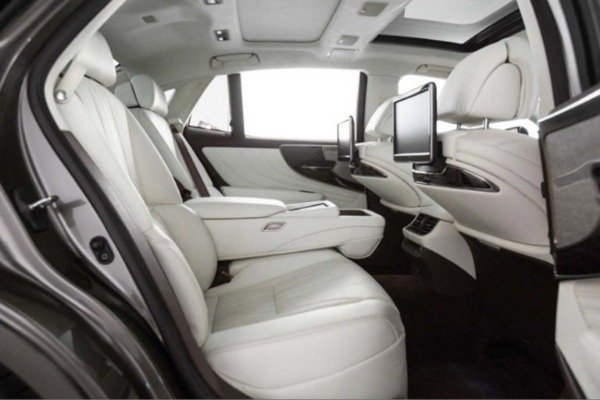 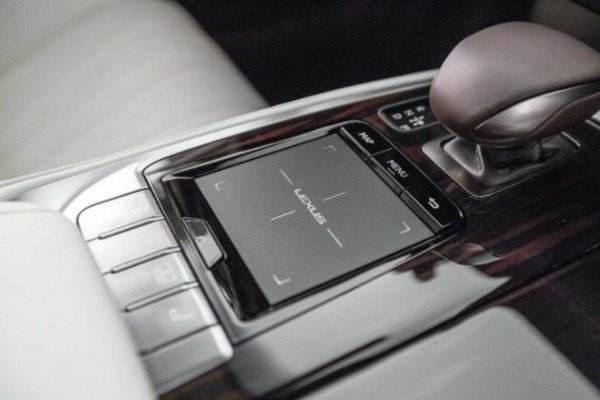 More traditional luxury extras, such as an excellent audio system, air suspension and all-wheel drive can also be added.