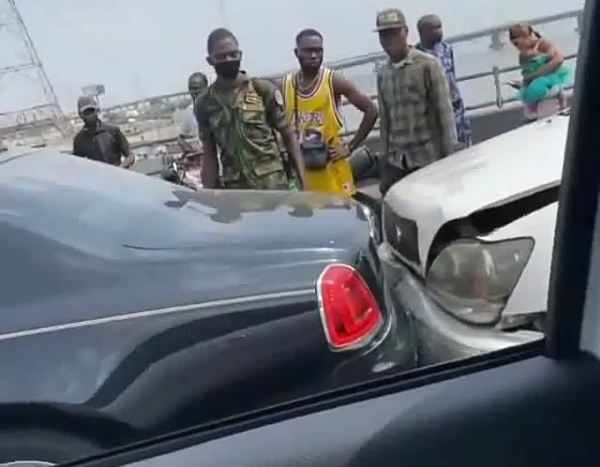 The Rolls-Royce Ghost, known for its superior build quality, remained unshaken during the rare crash.

Rolls-Royce lineups, including the British automaker’s best selling model ever, the Ghost, are still one of the rarest and most cars on the Nigerian road.

The Rolls-Royce Ghost sits in the garages of businesses tycoons and popular Nigerian celebrities, including King Wasiu Ayinde Marshall, Kwam 1.

With an estimated price of ₦100 million in Nigeria, one thing you never wished for is crashing your car into the ultra-luxury Rolls-Royce Ghost. 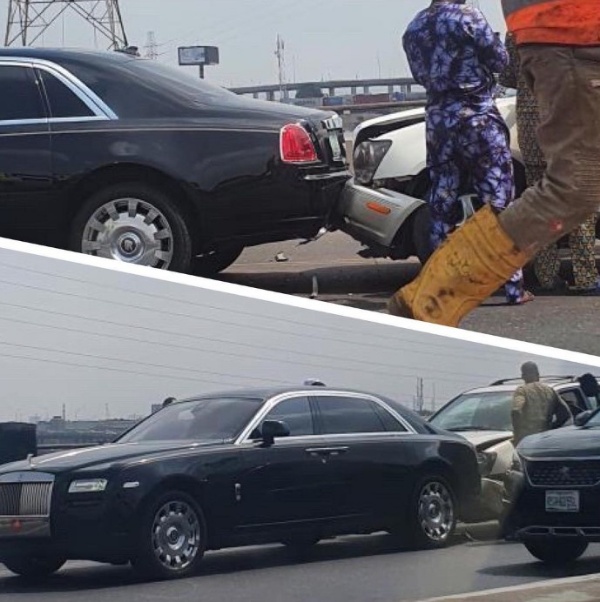 But this hasn’t stopped a rare and expensive crash that sees a Lexus RX Sports Utility Vehicle (SUV) rear-ending the four-door sedan.

A footage of the crash that reportedly happened on Eko bridge, Lagos, showed the mangled front grille and a crumpled bonnet of the Lexus RX.

But the Rolls-Royce Ghost, known for its superior build quality, seems to suffer no serious damage, judging by the video and pictures shared online.

One of several pictures shared online was tagged with :

A user joked “No wonder the car cost so much. The ghost remains a ghost during accident”.

Another user said “RR no even feel am… Lexus need see doctor asap.”

A third user said ” Haa nothing do the RR.

2nd Niger Bridge Reaches 50% Completion, Will Be Ready For Use In 2022, Fashola Assures