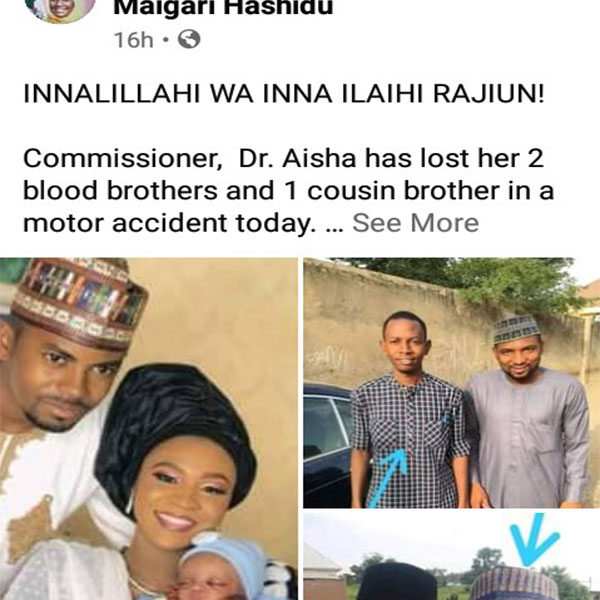 Reports gathered that the motor accident occurred along Gombe-Kano road on their way to Kano.

Their burial took place a day after the unfortunate incident according to Islamic rites.

Meanwhile, Gombe Governor Alhaji Muhammadu Inuwa Yahaya has commiserated with the Commissioner and her family over the loss. 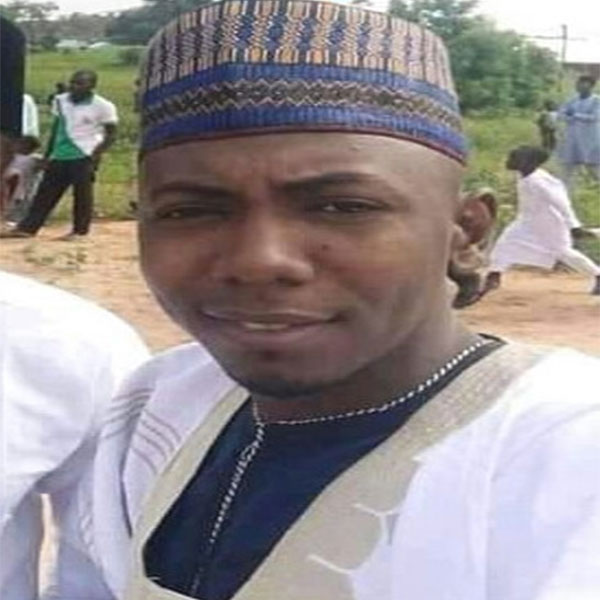 The Governor, in a statement signed by his Senior Special Assistant on Media and Publicity, Ismaila Uba Misilli, lamented the unfortunate loss of the victims. He noted that promising lives like this should not be lost at a time the state is tapping into the vast potentials of its vibrant young men and women. The tapping of these potentials is for the progress and development of the state.”

He said the loss was not only for their immediate family but the state and the nation at large.

“Governor Yahaya, on behalf of the Government and people of Gombe state, extended his deepest condolences to their father. Their father, Alhaji Umar Maigari is a seasoned administrator and elder statesman, while their sister, Dr. Aishatu Umar Maigari is the state Commissioner for Science, Technology and Innovation. He also extended condolences to the entire members of the Umar Maigari family over the huge loss. He prayed that the Almighty Allah will comfort them and grant the deceased Aljannat Firdaus.” the statement reads.