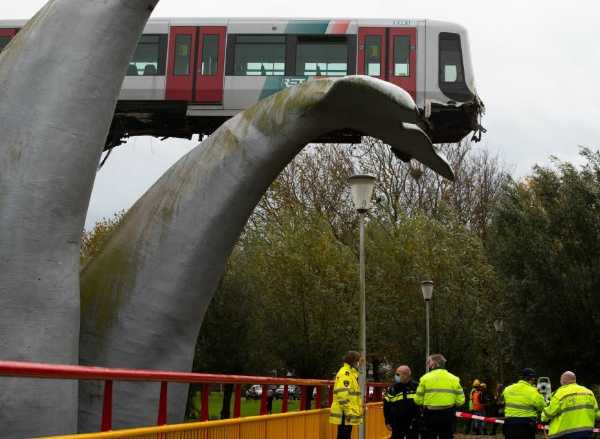 The tail of giant whale statue on Monday saved a crashed train in Netherlands from plunging 30-feet to the ground. 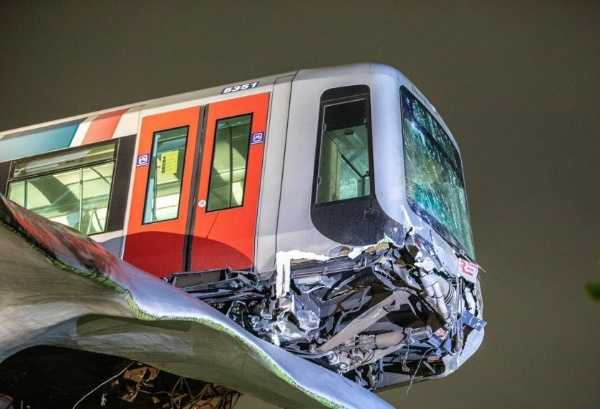 A train was saved from crashing more than 30 feet to the ground on Monday after bursting through barrier and landing on the tail of a whale statue.

According to the transport operator in the city of Rotterdam, the train crashed through a barrier at the end of the tracks at De Akkers metro station around 12.30 a.m. on Monday. 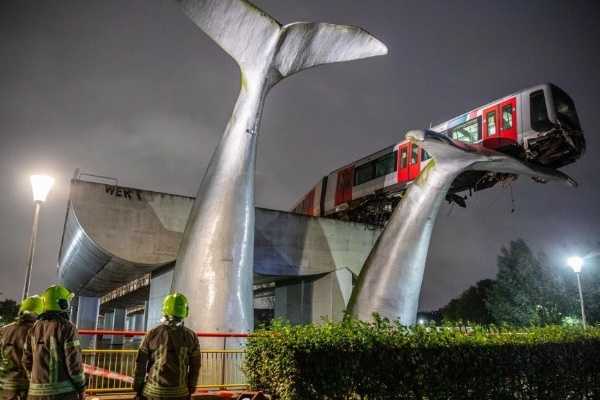 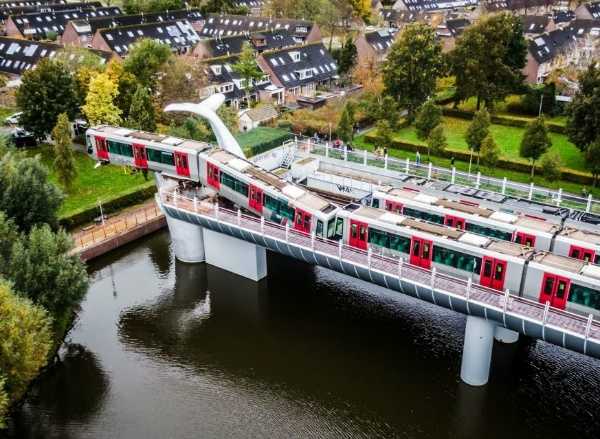 The operator explained that the incident happened after the trains drop off passengers at the station and was on its way to a parking area.

“To our relief, the metro operator got out of the vehicle unharmed. He is doing well under the circumstances. There were no passengers present,” 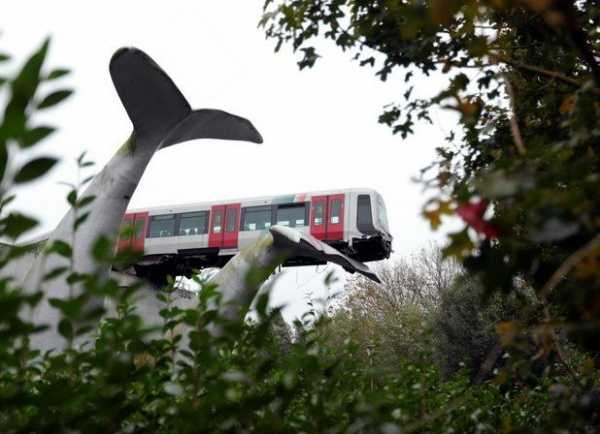 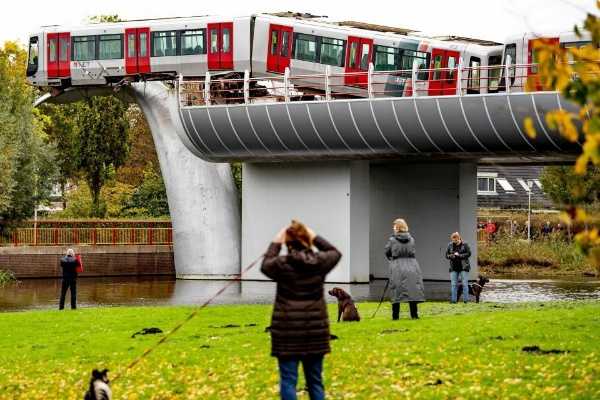 An aerial photo taken from the scene shows the train sitting on the tail of one of two whale statues. The structure, named Whale Tails, was installed by architect Maarten Struijs almost 20 years ago.

Maarten Struijs told reporters that he was surprised the structure did not break.

“It has been there for almost 20 years and… you actually expect the plastic to pulverise a bit; but that is apparently not the case,” 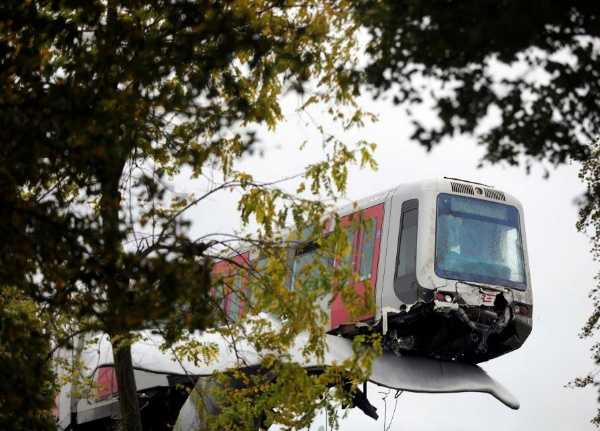 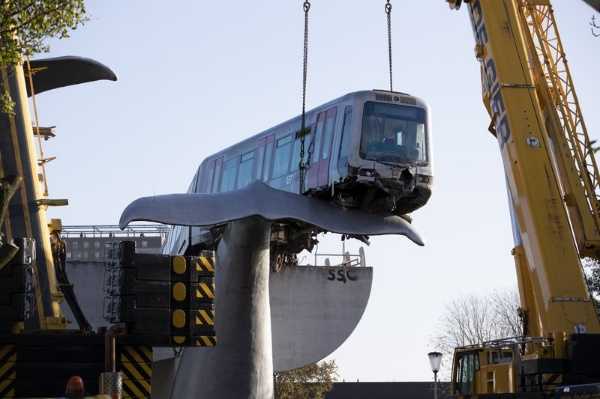 “I’ll make sure that I get a few photos,”

“I could never have imagined it that way.”

On Tuesday, two large cranes worked in tandem to lower the train slowly to the ground in an operation that started at dawn and lasted into the evening.