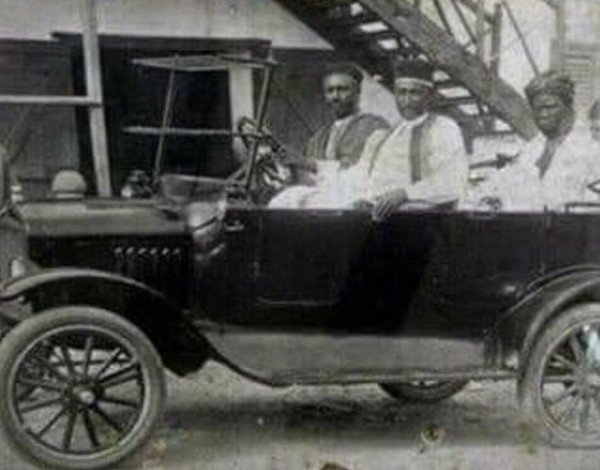 Ali Bin Alua ,a trans-saharan trader from Libya, was the pioneer of the great groundnut pyramid in Kano. He settled in Kano in 1878 and built the first storey building in the city.

The then richest man in Northern Nigeria,in turban and sitting at the passenger seat of his 1923 Ford Model T, was also the first person to own a car in Kano. 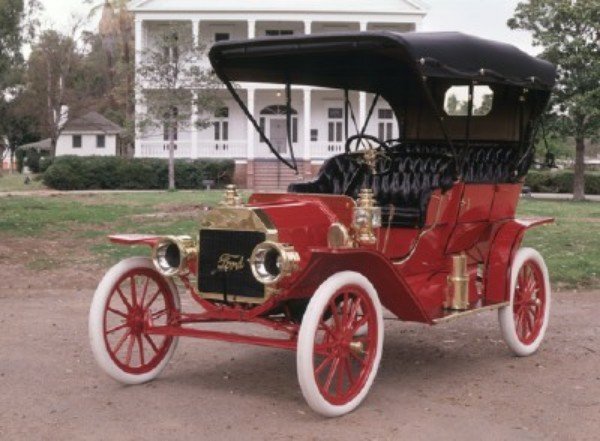 Ali Bin Alua’s Model T car, also known as Flivver, T‑Model Ford or T, and sold by the Ford Motor Company from 1908 to 1927, was the earliest effort to make a car that most people could actually buy.

The then $850 Ford Model T was named the world’s most influential car of the twentieth century in an international poll, beating Mini, Citroën DS, Volkswagen Beetle and Porsche 911 to the title.

Its 22-horsepower, four-cylinder engine could propel the 1,200-pound Ford Model T to a top speed of between 35 and 40 miles an hour.

“Car Enthusiast” Dino Melaye Says:”I Am Afraid Of The Violent Revolution Of The Poor”