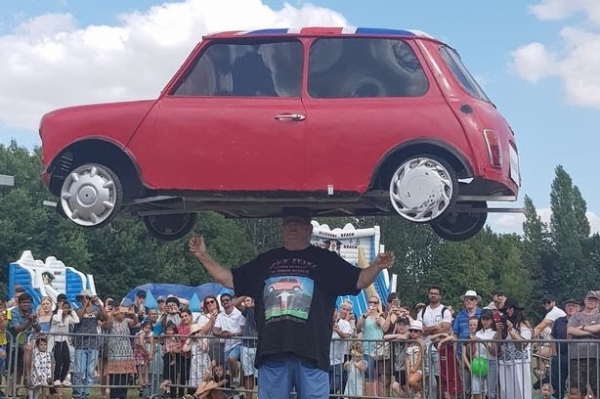 MINI, the heaviest car balanced on the head, a feat achieved by strongman John Evans.

Evans, now 74, has smashed about 98 world records for a range of feats of balancing and strength.

He wants to reach 100 world records before retiring. 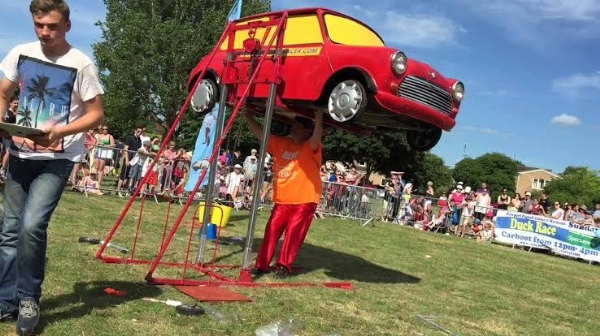 “I used to work on building sites when I was about 18, which is when I realised I could carry 24 bricks on my head and go up ladders to keep the brickies going.

“When I was about 45, I saw Geoff Capes, the world’s strongest man, performing in Ripley and hold 24 bricks on his chest, to massive acclaim.

Since then, the legendary headbalancing strongman has balanced other immensely heavy objects, including cars and speedboats on his head. 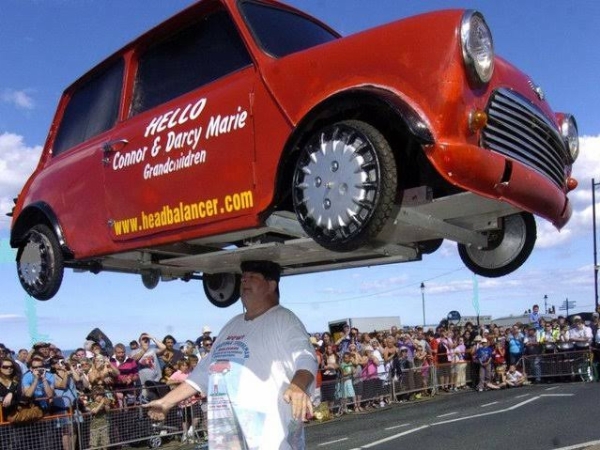 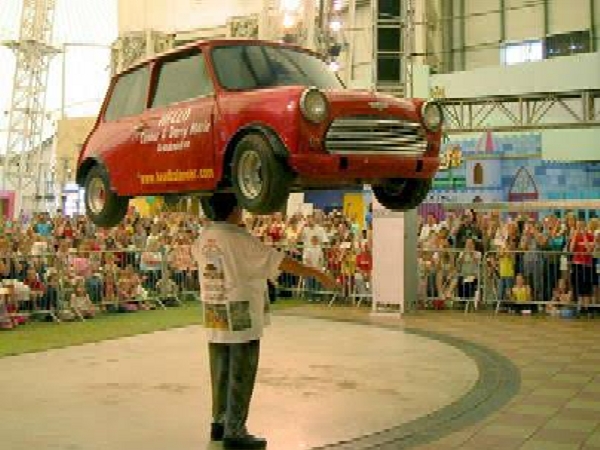 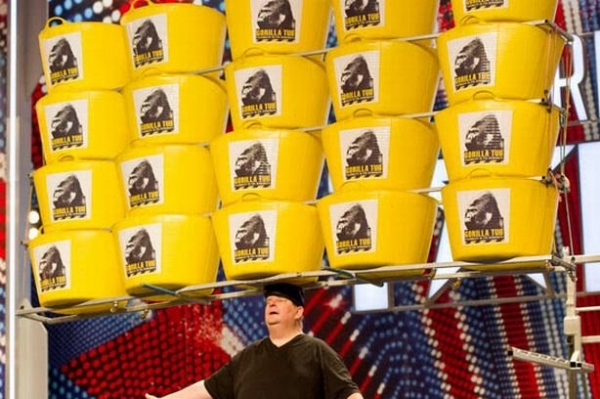 Mr Evans, who has smashed about 98 world records for a range of feats of balancing and strength, including 50 that were acknowledged by Guinness, wants to reach 100 world records before retiring.

He said he has also raised “well over £250,000 for charity”, including Children in Need, the PDSA and blind charities, from his head-balancing act – which are close to his heart as he is one eyed.