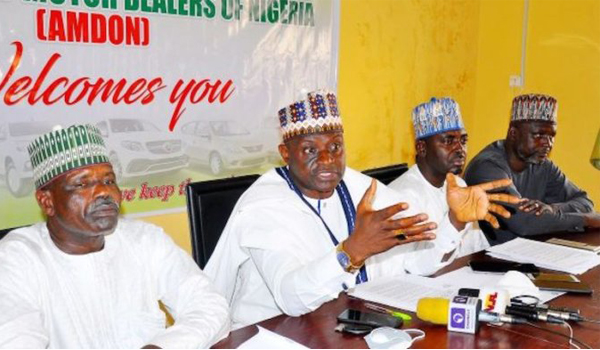 The Association of Motor Dealers of Nigeria (AMDON) has hailed President Muhammadu Buhari and the Comptroller-General of the Nigeria Customs Service, Hameed Ali, for heeding its call for a tariff slash on imported vehicles.

This, according to them, would help improve Nigerians’ livelihood and ultimately address the transportation challenges in the country.

The National President of AMDON, Mr. Ajibola Adedoyin, said the decision to reduce the duties and tariff on imported vehicles that carry more than 10 persons from 35 per cent to five per cent was a soothing development that must be commended.

In an interview with journalists, he, however, urged the government to extend the reduction to cars and minivans that carry less than 10 persons.  According to him, they make up the bulk of the vehicles used for intra-city and intercity transportation.

He said: “It’s a welcome development. We’ve been at the forefront of this for some years now, trying to let the government know that there is a need to allow levies be reduced on imported used vehicles. We’ve made several presentations to relevant authorities.

“In fact, in this part of our world, that is the only means of transportation accessible to over 200 million people and that is why it’s been part of our cry for the government to bring down the price of imported vehicles.

“We want to really thank Mr President for this gesture. We also thank the CG of Customs for presenting our case to the President.”

He added: “However, we feel there’s still room for improvement. Our line of argument is that whatever affects transportation affects the economy. I think it was based on that thinking that the reduction in clearing cost was only limited to commercial vehicles and tractors.

“Nonetheless, we want Mr. President to also know that a larger percentage of the so-called cars that are not captured in this reduction are used for commercial transportation. That is why we said the government can do more.

“The cars should be included in this tariff reduction. We are not making a case for luxurious ones. They shouldn’t have limited it to vehicles that can carry more than 10 persons.

“If you look at our roads, there are some vehicles that are used for commercial transportation. These vehicles only carry six or seven passengers. These sorts of vehicles are widely used commercially.”

The AMDON President also challenged the Nigerian Automotive Design and Development Council (NADDC) and other Nigerian vehicle assemblers to collaboratively come up with a locally designed and produced car that will cost between N1.5 and N1.7 million.

“I can tell you that it is a doable thing. It might not be to some people’s standard but it is doable and will serve well.

“What you just need to do is remove most of the luxury accessories, design a good body. Also, get the right engine and gearbox and other vital components. Then you produce a good car meant for our type of climate and terrain,” he added.