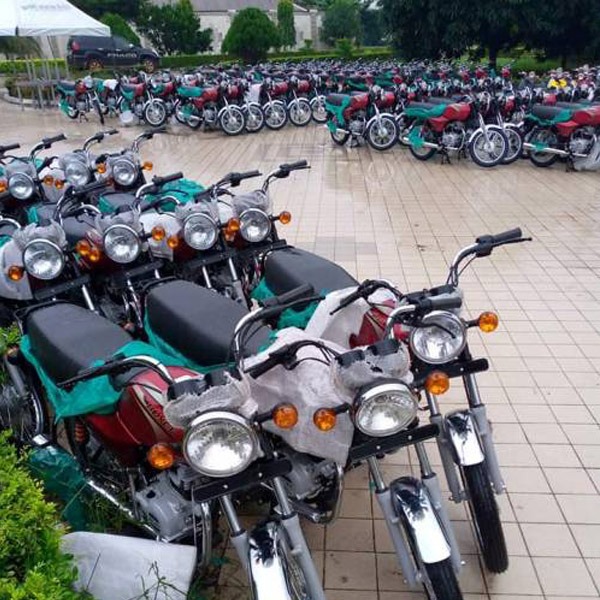 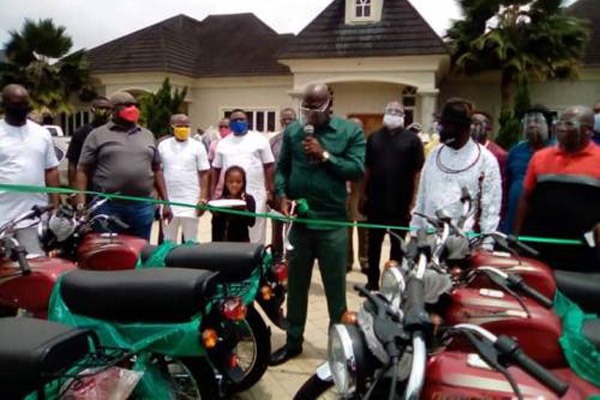 Leo Ogor has been criticized by some residents of the state for distributing motorcycles as constituency project to youths in the area.

Ogor is a Member of the House of Representative. He represents Isoko Federal Constituency of Delta State. He is also a former minority leader.

The lawmaker on Saturday lined up motorcycles for distribution to youths as Youth empowerment. The youths were mainly members of the Peoples Democratic Party at his Ozoro country home in Delta State. 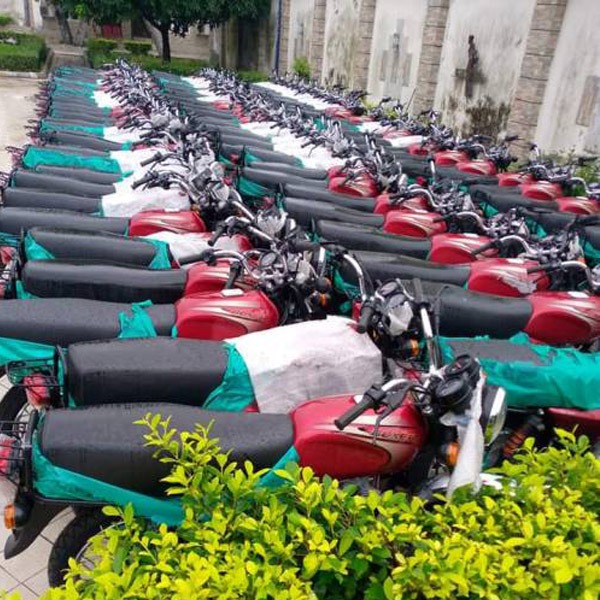 Rather than receiving applause, the people condemned Ogor for the act. They describing it as an outdated means of youth empowerment.

A resident of Ozoro community, Joel Okeghene, said, “This is 2020, Ogor is distributing motorcycles to our youths as empowerment. This should no longer be a constituency project.  I have known Ogor for decades, who is really advising him and for how long shall we continue to applaud all these.”

A PDP chieftain and former senatorial aspirant in the area expressed disappointment over Ogor’s continued usage of motorcycles as constituency project to empower youths of Isoko.

He said, “For over two decades now in the National Assembly, Hon. Ogor is still distributing motorcycles to our youths as a constituency project. He should be ashamed of himself.

“This constituency project is over N400m, the financial records are in the public domain. After buying motorcycles and a few other things, the rest of the money is pocketed.”

Also condemning the yearly distribution of motorcycles by the federal lawmaker, other constituents who gave their names as Oghenekome Victor, Oke Agbamu, Aghogho Timothy, Raphael Ubidi among others, described Ogor as a “perpetual failure”, who is good at amassing the people’s common resources to his own advantage.

Bugatti Air Conditioning Is Powerful Enough To Cool An Apartment