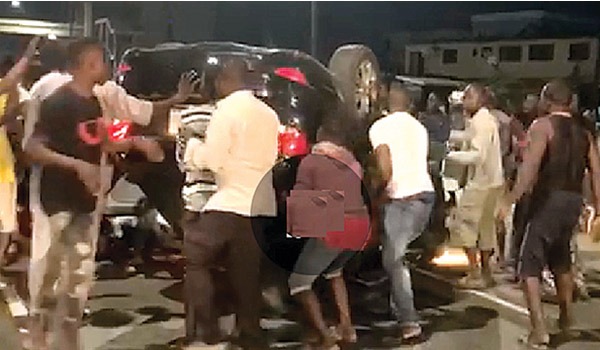 An unidentified middle-aged man died on Thursday night after crashing into a barrier placed on the right side of the Oshodi-Airport Road, Lagos, at 7 & 8 Bus Stop, by Hitech Construction Company, the firm which handled the Airport Road rehabilitation and expansion commissioned last year by President Muhammadu Buhari.

The man, driving a black Toyota Corolla, was on high speed when he sighted the diversion and in a last-minute effort to avoid ramming the vehicle into the barrier, it skidded and somersaulted several times.

An eyewitness, who was driving behind the car, Abiodun Alabi, said: “I am still in shock. It was like a horror movie. Who would have thought that a new curb would be placed in the middle of the road by the construction company without a warning sign few metres away or an amber light to alert motorists of the obstruction.

“Nothing at all was placed on the highway except for the concrete boulders and the red and white tape, which is mostly invisible at night. I was lucky because I was in the fast lane. It was not so for the guy who just ran into it with his SUV. The car somersaulted in front of me. It is said that human lives are worth nothing in this country. Somebody should be responsible for this.” 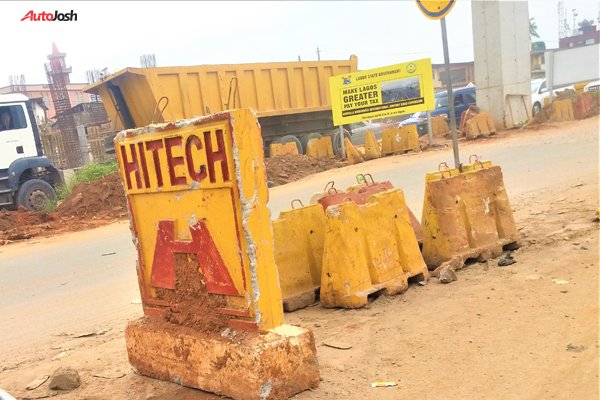 One of the road users, Chima Izuako, said the contractor has abandoned the bridge. He said: “I think the government is waiting for us to record incidences of death before they take actions. How could you construct a beautiful road like this and abandon a bridge that ought to come with it? It is only in this country such a thing can happen.  The state government should not wait for death to occur before they call the contractor to order.”

Another road user, Solomon Akande, said: “We need the pedestrian bridge to be completed fast at 7 & 8 Bus Stop, at Oshodi-airport road as thousands of traders, students and workers live on the other side of the road.”