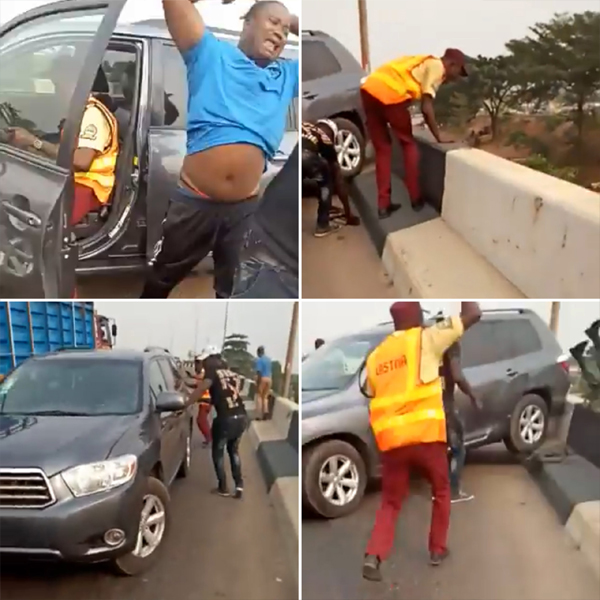 A Sports Utility Vehicle driver, Sunday Okodo, who was caught in a viral video driving against traffic and tipping a policeman over a bridge along the International Airport Road, Lagos, has been taken to the Yaba Magistrate Court for arraignment. Forfeit Vehicle

Okodo, it was learnt, will be arraigned for driving in the direction prohibited by Law (one-way). The act is punishable under Part (III) item 25 of the ‘Lagos State Transport Sector Reform Law of 2018. This offence attracts a one-year jail term and the vehicle forfeited to the state government. Meanwhile, a second-time offenders risk three years. Forfeit Vehicle 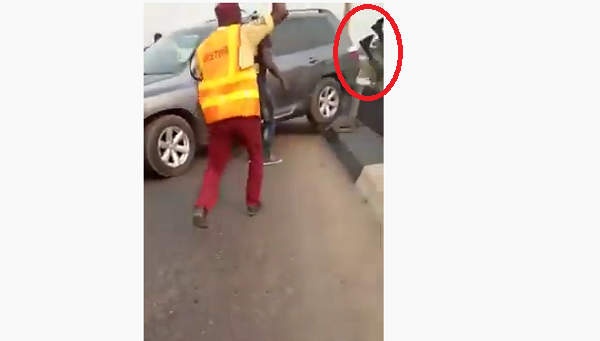 Meanwhile, the Lagos State Police Command has released a statement. The statement, titled, ‘Traffic Enforcement: Policeman in Viral Video Alive, Healthy’. It said the police inspector identified as David Zapaina, who was tipped over the bridge, has been discharged from hospital.

The Police Public Relations Officer, Muyiwa Adejobi, said the incident occurred at 5.30pm on Wednesday. He added that the victim sustained a fracture. Forfeit Vehicle

The statement read in part, “The incident occurred on Wednesday, February 24, 2021, at about 1730hrs, when some LASTMA personnel were backed up by the police on enforcement duty within the state contravened a Toyota SUV, driving against the traffic along International Airport road. Forfeit Vehicle 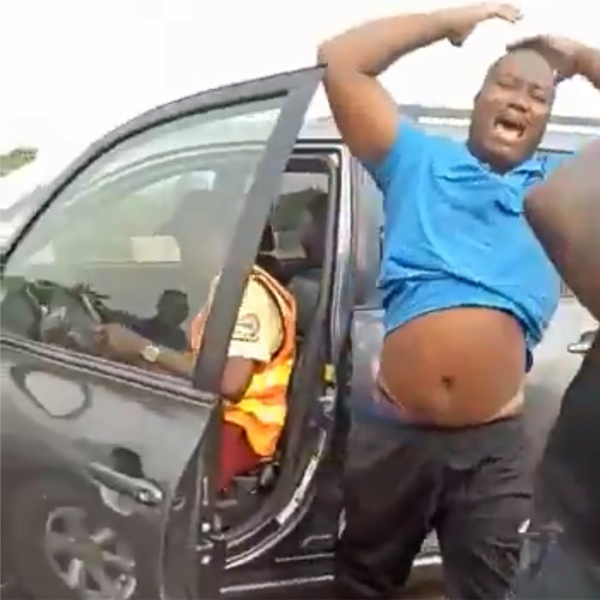 “The driver resisted arrest and while trying to escape, a police inspector, David Zapania, was knocked down from the bridge and fell into a canal. The police inspector was rescued and rushed to the Lagos State Emergency and Trauma Centre where he was attended to and discharged, but sustained a fracture on his left hand. Forfeit Vehicle

“Meanwhile the reckless driver, Sunday Okodo, 38, of Alose close, has been arrested and his vehicle impounded. The driver will be arraigned today, Thursday, February 25, 2021.”