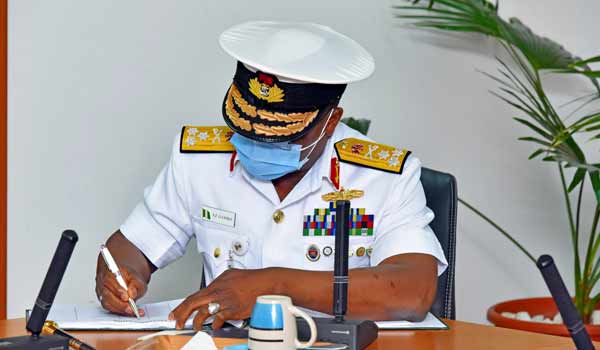 Nigerian Navy has sought the cooperation of citizens to check criminality in the nation’s maritime domain.

Chief of Naval Staff, Vice Admiral Awwal Zubairu Gambo, stressed the need for Nigerians to abide by those principles that would foster unity and peaceful coexistence, adding that the country is passing through a critical stage.

In a related development, the federal treasury would continue to ensure timely release of funds to the Navy and other armed forces to enable them to record greater successes in securing the country’s territorial waters and sovereignty.

Accountant General of the Federation (AGF), Ahmed Idris, said this during his courtesy visit to Gambo at the Defense Headquarters in Abuja.

While acknowledging the enormous responsibility saddled on the Navy and other armed forces, Idris stated: “The Nigerian Navy and other Armed Forces have kept the country one, in terms of discharge of their duties. Your responsibility is enormous and you need every support. We will continue to support you by giving you the necessary tools for you to deliver.”

He congratulated Gambo on his appointment, stressing that no effort would be sparred to sustain the cordial relationship that has existed between the Nigeria armed forces and the federal treasury. 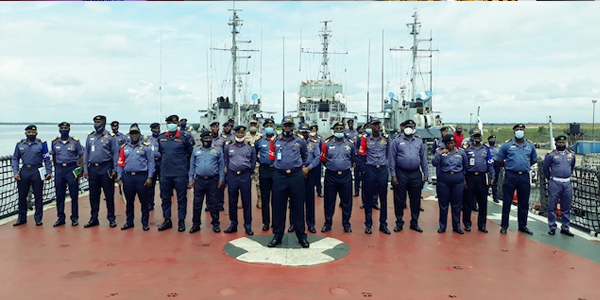 Gambo, who spoke shortly after the Jum’ah prayers to mark the 65th anniversary of the Navy, noted that the strength of Nigeria as a nation “lies in our unity, despite our diverse backgrounds, colour, tribe and religion.”

Acting Director, Islamic Affairs and Chief Imam, Nigerian Navy, Navy Capt. Taofik Gidado, urged Nigerians not to despair in the face of the current security challenges, assuring that the country would definitely overcome.

A statement by the Director, Information, Press and Public Relations in the office of the AGF, Henshaw Ogubike, said the Naval boss extolled the cordial relationship that has existed between the two establishments, saying the security challenges facing the country is not insurmountable, adding that “it is now more action, less talk,” as directed by the President.

Bonnie & Clyde: On This Day 87 Years Ago, Notorious Criminal Couple, Were Killed In Their 1934 Ford Deluxe