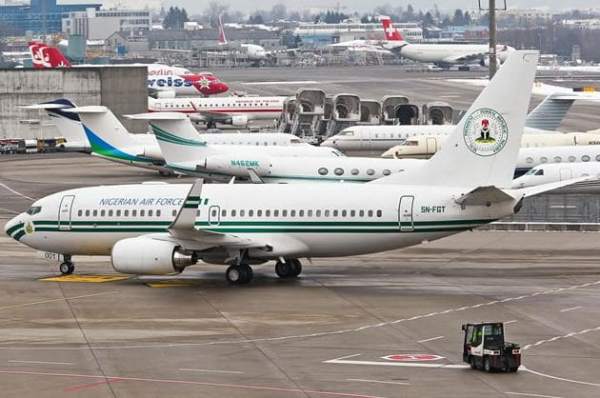 THISDAY gathered that most of the funds are expended on the technical personnel, airframe maintenance, landing gear, engine overhaul and aircraft spares.

Aeronautical engineers, airline operators and pilots told THISDAY that this amount would have been halved if Nigeria has major Maintenance, Repair and Overhaul (MRO) facility, a leasing company, which could also supply spares and simulators for the training of pilots.

THISDAY gathered that the high cost of maintenance is responsible for the short lifespan of Nigerian carriers, which operate for average of 10 years.

The long time spent in taking aircraft overseas has forced airlines to incur losses, making it difficult for domestic airlines to survive.

He explained that huge cost of conducting checks on aircraft overseas does not jeopardise the safety of the Nigerian fleet because concerning commercial airliners, the regulatory authority, the Nigerian Civil Aviation Authority (NCAA) is monitoring all the airlines, but the huge cost has ensured that no Nigerian airline has existed for over 10 years, noting that Aero Contractors, which was established in 1959 started having problems 10 years after it went into scheduled commercial operation.

“The high cost of maintenance may not have any effect on aircraft safety but it is one of the reasons why Nigerian airlines cannot fly for more than 10 years. You can recall that Arik and Aero started having problems after they were 10 years. Aero was established in 1959 but went into commercial operations and 10 years after, it started having problems. This is difficult because after expending 40 per cent of your resources on fuel and you spend 30 per cent of your resources on maintenance, it becomes very difficult for you to survive,” he said.

He said that one major reason Nigerian airlines go under is because of the delay in ferrying the aircraft overseas, noting that every day a Boeing B737 is left on ground, the airline loses $100,000.

Boeing B737 is major aircraft type used by most Nigerian airlines.

“If you don’t fly a Boeing B737 a day you lose $100,000 and because you don’t have maintenance facility locally, you have to park the aircraft for about three weeks. That alone can kill an airline. That is why there is urgent need for Nigeria to have a maintenance facility and our MRO, Seven Start Global Hangar obtained licence from NCAA last August and we would start conducting checks soon; that will save Nigerian airlines and others huge amount of money spent overseas on maintenance,” Balami said.

The Chairman of Air Peace, Allen Onyema, told THISDAY that he spends about $2.5 million on heavy checks on one aircraft.

Also, the Account Manager of Dana Air, Obi Mbanuzuo, said the airline spends about $1.2 million on conducting C-check on each of its aircraft.

“For heavy check, which is done between 15 to 18 months, each time we fly that aircraft abroad, just the flight alone cost us close to $80,000. Your crew flies the airplanes; so that crew is out for three or four days. The cost of each C-check is about $1.2 million and then we fly it back here.

“If there were maintenance facility here, we won’t go through this. For instance, if the Uyo maintenance facility that is being constructed were available; we will just fly the aircraft from Lagos to Uyo and park the aircraft there. Even if initially it is run by expatriates and foreigners, after a short period of time, locals will get the expertise to do the work and the cost of flying the aircraft out is reduced,” he said.

He also explained that main input cost of a C-check is man hour cost, which is about $70 to $100 per hour, noting that the cost would drastically reduce if the maintenance is conducted locally.

The Chief Executive Officer of Aero Contractors, Captain Ado Sanusi, said that maintaining aircraft locally would save Nigerian airlines at least 35 per cent of the cost of maintaining the aircraft overseas and save Nigeria so much foreign exchange.

FAAN To Divert All MMIA Flights To E Wing On Saturday