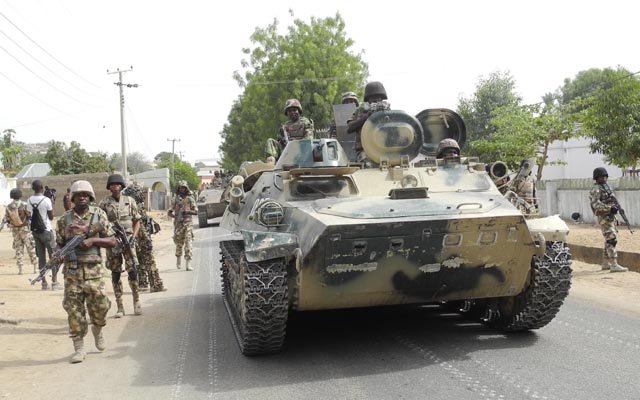 Tukur Buratai who is Chief of Army Staff said the Nigerian Army needs ₦1billion to boost capacity of its vehicle manufacturing company to produce more combat vehicles, which will help to counter terrorists and other insurgents.

In the closing ceremony of the Nigerian Army Combat Arms Training Week on Saturday, Mr. Buratai revealed that the Army would take a loan from its “number of investments that have been generating huge amounts of money”, for the purpose.

“The innovations by the Nigerian Army in the areas of equipment production, localizing and bringing back vehicles and equipment that are hitherto abandoned, is another major achievement that we recorded,” he said.

“You have been promised by the Group Managing Director of NAVMC that in the next three to four months, we should have brand new vehicles originally produced by the Nigerian Army for use in the Army and the general public that may find it useful, especially the paramilitary agencies. This, we believe, will transform the Nigerian Army and Nigerian industrial companies when we start mass production.

“We are already sourcing the sum of N1billion to support the Nigerian Army Vehicle Manufacturing Company. We a have a number of investments in the Army that have been generating huge amounts of money and we will take a loan from there to support Nigerian Army Vehicle Manufacturing Company to realize our dream of producing indigenous armoured fighting vehicles and to continue to maintain our existing equipment.”

“The Nigerian Army and Police have helped to keep Nigeria and Kaduna safe,” he said. “They have helped in combating terrorism, armed banditry, kidnapping and other forms of insecurity.”

Gunmen kidnap All The Passengers In A Bus In Rivers State; Shoot Bus Driver (Graphic Photos)