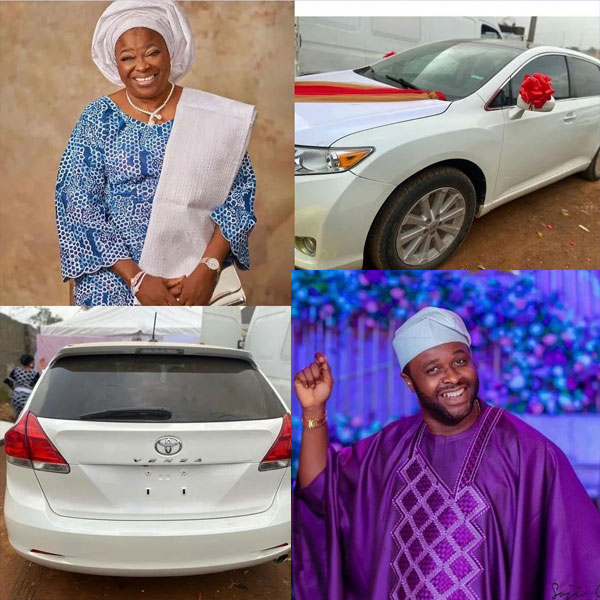 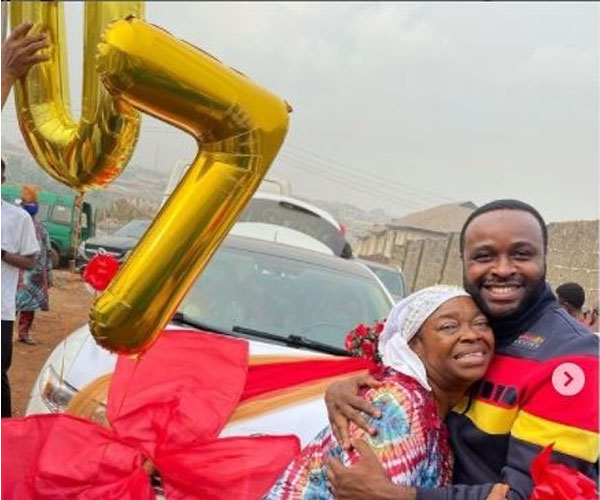 Femi Adebayo, the popular Nollywood actor, and his siblings, surprised their mother, Alhaja Risikat Ejide, with a Toyota Venza on her 70th birthday today, January 13th, 2022. 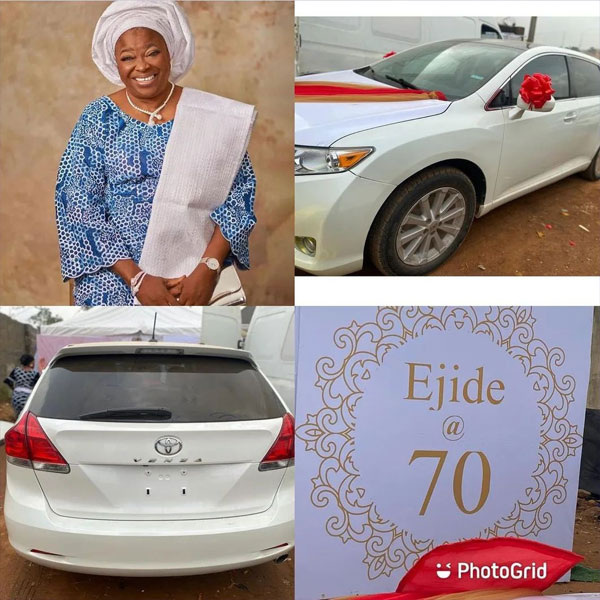 Tope in a post on his Instagram page wrote: “Today is a very special day as it’s the birthday of the most amazing woman!

Best birthday wishes to you, mom!

A gift from us which you worth more in a billion.”

Femi’s father and veteran actor, Adebayo Salami, also reposted the picture on his Instagram page, with the caption, “Alhamdulillah for the blessings of family. Thank you, my children.” 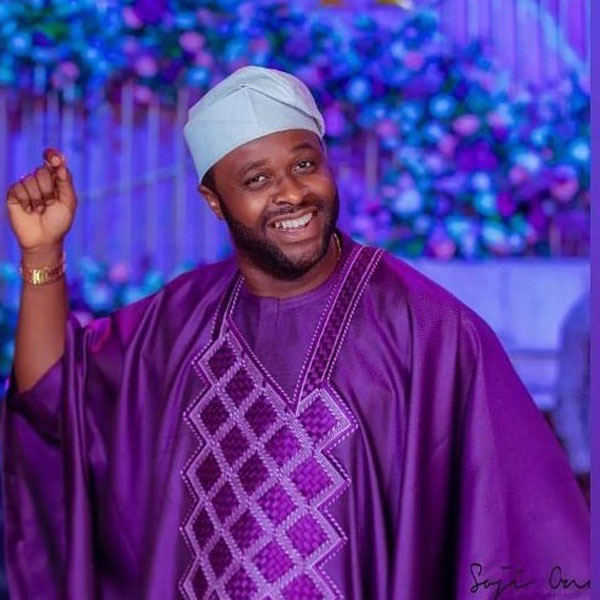 Femi Adebayo Salami is a Nigerian lawyer, film actor, director, producer and Special Adviser to the Governor of Kwara State on Arts, Culture and Tourism.

Adebayo has starred in over 500 Nigerian films, winning four awards as Best Yoruba actor at the 17th African Film Awards popularly known as Afro Hollywood awards at the Stratford Town Hall in London.

GM To Launch CarBravo, Its Own Used Car Sales Website