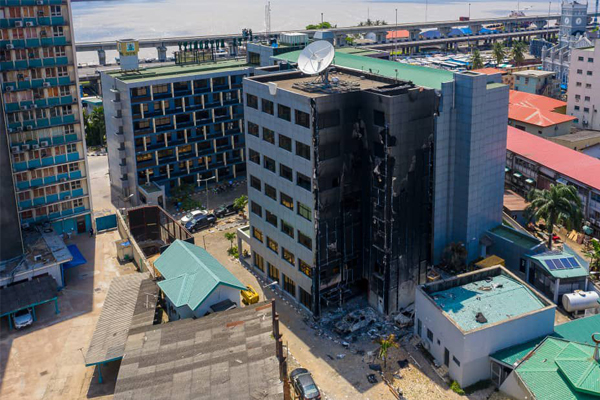 Sixty vehicles belonging to the Nigerian Ports Authority were vandalised recently during the #EndSARS protest.

This happened when the organization’s corporate corporate headquarters and the Tincan Island Port can under attack.

This revelation was contained in a statement issued on Sunday by the General Manager, Corporate and Strategic Communications, NPA, Jatto Adams.

He noted that about 300 hoodlums on October 20th and 21st set a wing of the office building on fire. This was while they were burning and vandalising several vehicles.

According to the authority, the attack on the Tincan Island Port commenced on Tuesday, October 20. This when the hoodlums made an attempt to forcefully gain access into the port. They attacked the administrative building. They also set ablaze a truck which was evacuating cargo.

Adams stated that it took the combined efforts of officers of the port authority police, the police mobile force and the Nigerian Customs Service to repel the attack. 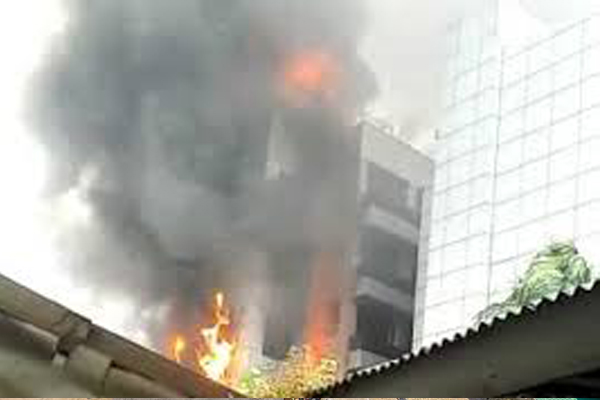 He said that attackers at the headquarters gained access into the premises from the outer Broad Street wing. They were brandishing daggers, sticks and cutlasses.

The statement said, “After an assessment of the extent of damage, it was discovered that apart from the annex wing that was burnt, many offices were vandalised, while computers, printers, water dispensers and other electronic devices were looted. vandalized

“A total of 27 vehicles, including cars, utility vehicles, pick up vans and staff buses were set on fire. Also,  33 other vehicles, 22 of which belong to members of staff were vandalised.”

The authority added that a Toyota Prado SUV, a Bajaj Motorcycle, and one Hilux patrol van were also stolen from the premises.

It noted however that the authority’s assets were comprehensively insured, and insurers were currently undergoing an assessment of the damages.

“The management of the authority is particularly grateful that no life was lost in this sad incident. This is in spite of the fact that some members of staff who were on critical duties in the building at the time of the attack,” the NPA said.