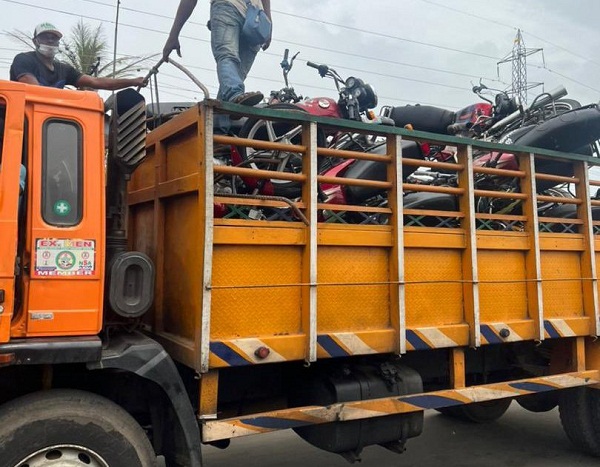 Sanwo-Olu last month announced the ban of Okada operations in six different Local Government Areas in Lagos. As a result of this, Lagos state government has been sued by riders.

The Trustees of Motorcycle Transport Union of Nigeria (MTUN) has dragged the Lagos State Government before the Federal High Court in Lagos.

MTUN and others are praying for a declaration that the ban on commercial motorcycles is illegal, unlawful and unconstitutional.

In the suit numbered FHC/L/CS/1016/2022, the applicants are praying the court for a declaration that the “purported proposed ban of commercial motorcycle transportation in Lagos State by the governor without hearing from the operators whose rights are affected or likely to be affected is a violation of the constitutional rights of the applicants to fair hearing provided for and encapsulated in Section 36 of the Constitution of the Federal Republic of Nigeria 1999 (as amended).”

The applicants are also praying for a declaration that the ban on the business of commercial motorcycle transportation in Lagos by the government “is a violation of the rights of the applicants guaranteed by Section 33 of the 1999 constitution who cannot be alive without food and other means of sustenance and whose income is the business of commercial motorcycle transportation.”

In the affidavit in support of the application, sworn to by one Pastor Emmanuel Donatus, the deponent averred that he and other operators had no means of sustenance apart from the business of Okada.

They prayed the government to restrict Okada operations on major highways to “approved areas” rather than banning their operations.

The suit has not been assigned to any judge.

Meanwhile, the Lagos State Police Command, on Wednesday, seized 170 motorcycles and arrested 16 passengers and riders as enforcement of the ban on the operations of Okada riders in the state commenced.

The state’s police spokesman, Benjamin Hundeyin, said 94 of the motorcycles were impounded by the police, while others were seized by men of the Lagos State Environmental Sanitation Enforcement Agency.

3 Reasons For The Rising Cost Of Cars In Nigeria