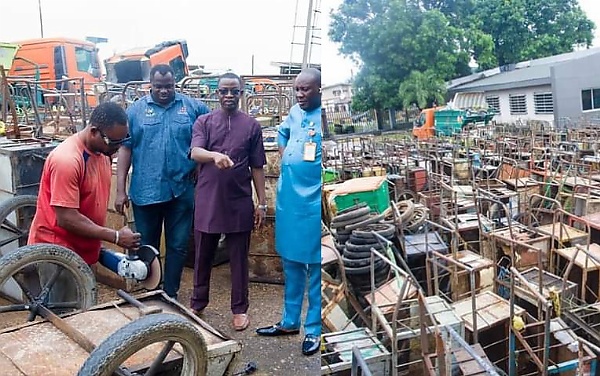 The latest exercise brings the total number seized and destroyed to about 1000 in less than two months.

Instead of cart pushers, LAWMA appealed to residents to patronise the over 400 assigned PSP operators. 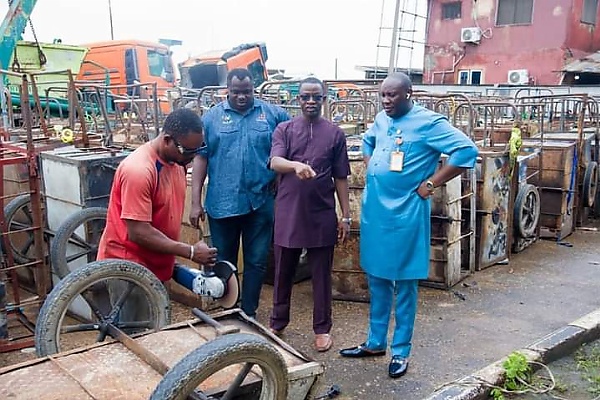 The Lagos Waste Management Authority (LAWMA) has destroyed over 600 handcarts seized from illegal cart pushers across the State.

The latest exercise brings the total number seized and destroyed to about 1000 in less than two months since the clampdown commenced.

Speaking on the exercise, the MD/CEO, Mr. Ibrahim Odumboni, noted that the seizure and subsequent destruction of the carts clearly demonstrated the position of the Lagos State Government on solid waste management.

He said the agency would continue to enforce the present administration’s zero-tolerance for indiscriminate dumping of waste being perpetuated by cart pushers.

The CEO, who was represented by the Executive Director of Finance, LAWMA, Mr. Kunle Adebiyi, stated that the continuous exercise will serve as a deterrent to others who are planning to embark on such illegal business in any part of Lagos State. 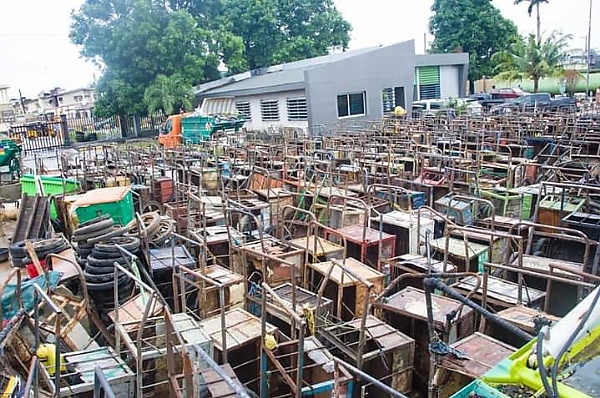 On his part, the Chief Technical Officer, LAWMA, Dr. Olohunwa Tijani, expressed his concern over the unrelenting attitude of some residents, who would rather patronise cart pushers than assigned PSP operators. He lamented that those recalcitrant residents are still the reason why the illegal business of cart pushing persists.

“We have allocated PSPs to all nooks and crannies of the State. Presently we have over 400 PSPs deployed to cover all streets and corners of Lagos. But unfortunately, the attitude of some of the people is still one of the areas LAWMA is making efforts to change.

“The Agency is determined to ensure the unhealthy habit is discouraged. The people must learn to take responsibility for their waste”, he added.

Tijani admonished residents to cease and desist from patronising cart pushers as they had been completely outlawed. He reiterated that those caught indiscriminately dumping their refuse would be made to face the law.

“LAWMA is working with other law enforcement agencies and the judiciary in enforcing the environmental laws. Those caught dumping refuse indiscriminately will be arrested and charged before the law court.

“Failure to pay your waste bills is also a punishable offence. A lot of people have been sent to prison in Badagry for environmental offences. So we are doing everything to return environmental sanity back to the streets of Lagos”, he noted.

16 Passengers Feared Dead As Another Boat Capsizes at Mile 2, Lagos