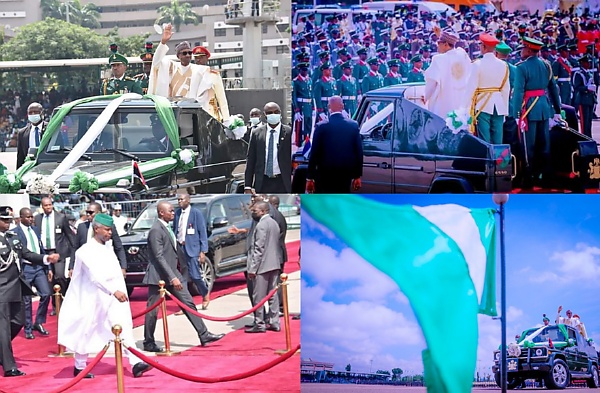 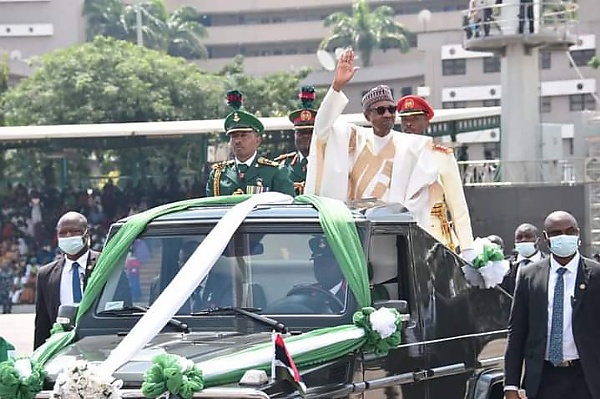 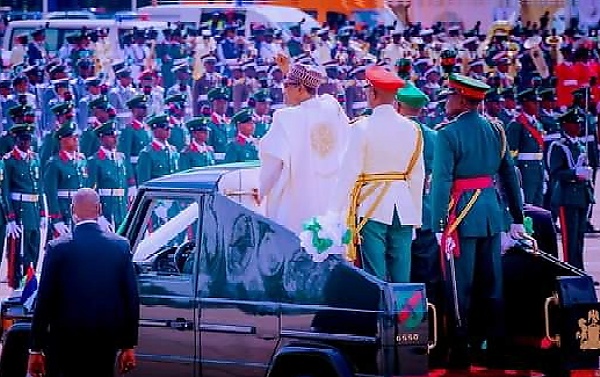 Buhari, accompanied by the Commander of the Guards Brigade, kicked off the event by riding a customized, open-top armored Mercedes-Benz G-Class to review the parade, his last, since he assumed office as Nigerian president in May 2015. 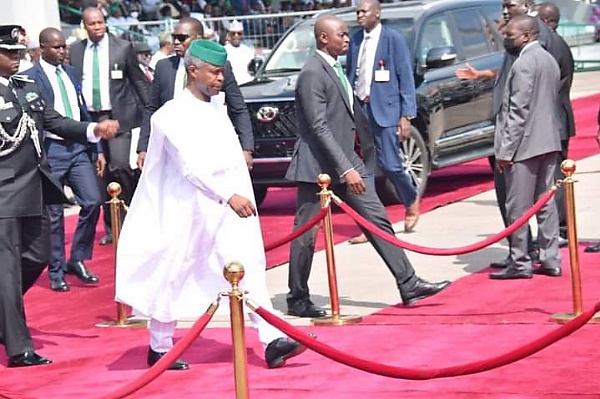 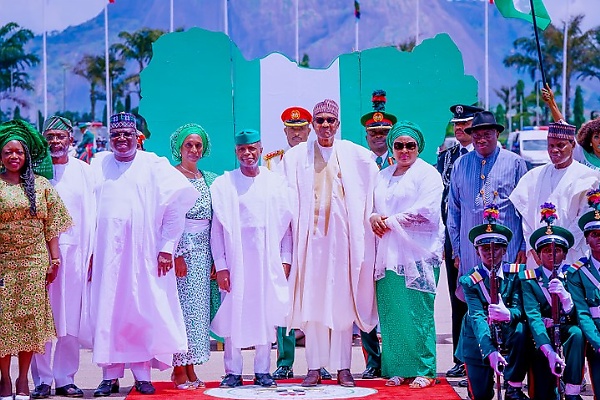 Also in attendance at event include the wife of the President, Aisha Buhari, Vice-President Yemi Osinbajo and his wife, Dolapo, as well as ex-president Goodluck Jonathan. 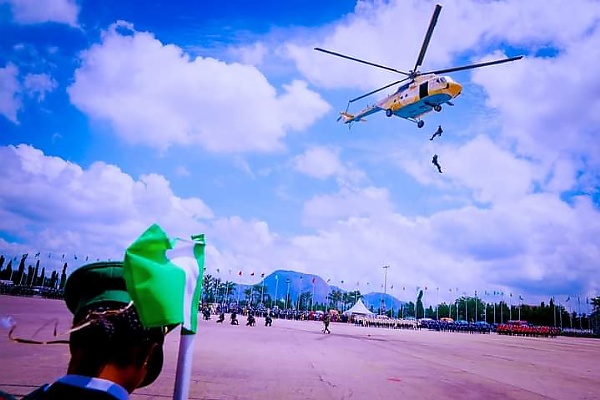 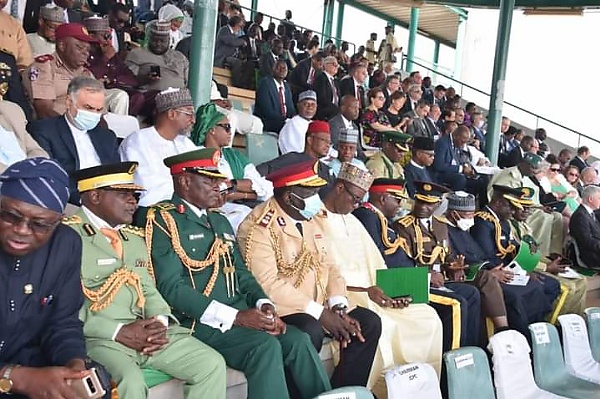