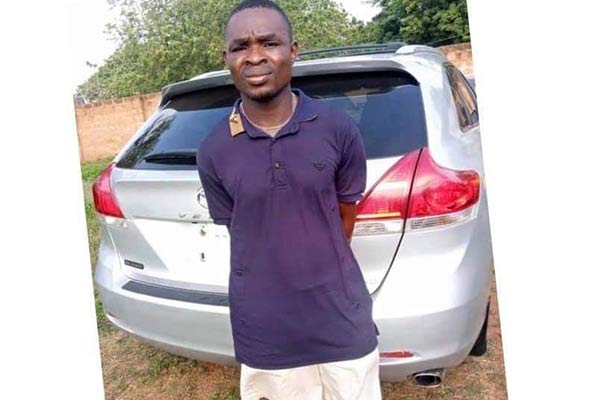 The suspect was arrested, when Divisional Police Officer, Idiroko Division, CSP Shadrach Oriloye, was on routine patrol with his men.

During the patrol, Oriloye sighted the Venza car without number plate, driven in a suspicious manner.

He was flagged down, but refused to stop. The suspect was pursued by the police and apprehended. On searching the vehicle, it was discovered that the number plate of the vehicle was removed and kept in the car.

On interrogation, he confessed that he was working with a car wash in Festac Town, Lagos State. He noted that he was given the car to wash by a customer, who later went to a nearby barbing saloon to have his hair cut.

Before the arrival of the owner of the car, the suspect was already in possession of the car key. In a twinkling of an eye, he ran away with the car.

The suspect was arrested while reportedly on his way to neighbouring country Benin Republic with the stolen car.