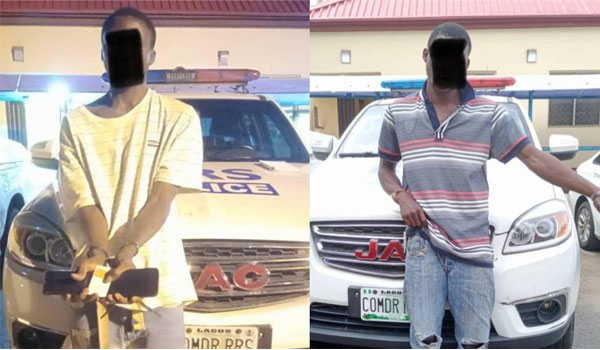 The criminals’ luck ran out as their victims swiftly sought out to RRS officers on duty in the vicinity, according to Lagos State Police Public Relations Officer (PPRO) Benjamin Hundeyin.

Officers apprehended them right away and recovered a Samsung Galaxy S8 and an iPhone 12 from them.

Yahaya admitted to the police that his gang robs in traffic between Ojodu-Berger and Otedola Bridge. He was also caught with multiple ATM cards.

The Lagos State Commissioner of Police, Abiodun Alabi, has directed the Commander RRS, CSP Olayinka Egbeyemi, to transfer the suspects and exhibit them to the CP’s Special squad for further investigation, which will lead to the arrest of other fleeing gang members and their eventual prosecution, according to report.

$2.4 Million Mercedes-AMG One Hypercar To Be Unleashed On June 1st