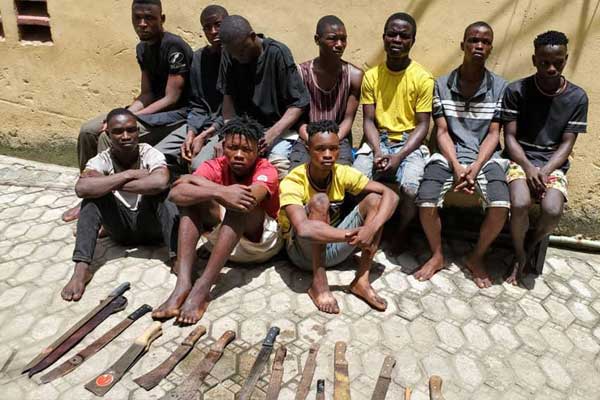 The upsurge in the frequency of robberies in Lagos traffic logjams has become a source of worry to residents and motorists.

The robbers have been operating boldly, even near places where there are government security agents.

But the Lagos State Commissioner of Police, Mr Hakeem Odumosu, said the command was tackling it headlong.

Some routes, which have recently become flashpoints for robberies, include Third Mainland Bridge and Gbagada-Oworonshoki-Ketu routes.

The Lagos State Police Command, yesterday, said it had arrested 10 suspected traffic robbers allegedly terrorising the Ikeja area of the state on Saturday.

A 42-year-old person, who allegedly received the stolen goods from the suspects, was also arrested.

The police spokesperson, Muyiwa Adejobi, said on Monday that the suspects were arrested following a distress call by one of the victims.

The suspects allegedly attacked unsuspecting commuters and dispossessed them of their belongings.

“In furtherance of the command’s anti-crime measures, the police operatives attached to the Strike Team of the command, on May 1, 2021, around 2.p.m, arrested 11 suspected cultists and traffic robbers who were attacking and dispossessing innocent people of their belongings at Railway-Crossing, Ikeja Along, Ikeja, Lagos.

“The operatives, who responded to a distress call from one of the victims (name withheld), raced to the area and arrested some of the suspects in action while others were arrested at their hideouts around Ikeja Along.

“They have confessed to the crime. The suspects also revealed that they attack their targets with iron rods, guns, cutlasses and charms during operations,” he said.

Adejobi, a chief superintendent of police, said in the course of police investigation, the suspects revealed one of their receivers, identified as Idris Adam.

He said the 42-year-old man was arrested at Alade Market, Lagos. 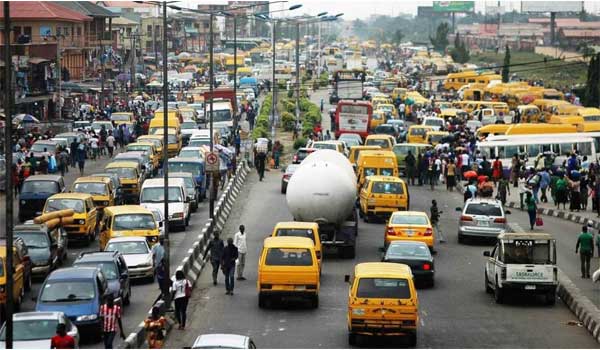 “A gold necklace of one of the victims and many other suspected stolen items like phones, necklaces, watches, etc., were recovered from him,” the police said.

The police spokesperson added that other victims of the robbery operation on Saturday had been identified.

“The police operatives are currently interrogating the suspects in order to extract more information on their mode of operations, membership and accomplices so as to apprehend other members of the gang and those who conspire with them in committing the dastardly act in the area and across the state,” he said.

Two suspected traffic robbers were arrested at Ladipo Market, Mushin, in March. The suspects were in possession of 11 phones and a sum of N139,000.

The Commissioner of Police, Hakeem Odumosu, has directed that the cases be transferred to the State Criminal Investigation Department (SCID), Panti, Yaba, for further investigation and possible arrest of other members of the syndicate.