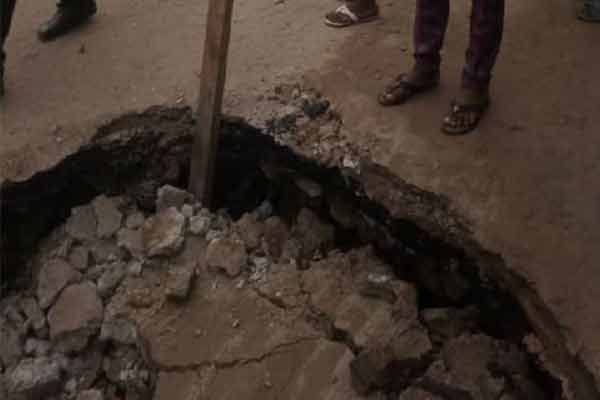 A portion of a popular Akpoju/Aleto bridge along Eleme/Ogoni axis of East/West road has collapsed in Rivers state.

It collapsed barely 48 hours after Ogoni youths staged a peaceful protest of the deplorable state of the road.

The incident, which occurred on Thursday afternoon, forced motorists to struggle with just the remaining portion.

The bridge has been showing signs of weakness for sometimes.

he youths, who demonstrated on Tuesday under the aegis of Ogoni Youth Federation of (OYF), gave the Federal Government 14-day ultimatum to remobilise contractors to site or face indefinite blockage of the road.

Last year, Senator Bari Mpigi(Rivers South-East) led his other colleagues in the state to stage a protest on the bridge to call attention of FG, Niger Delta Development Commission(NDDC), and the Ministry of Niger Delta Affairs to the situation and appealed for intervention. 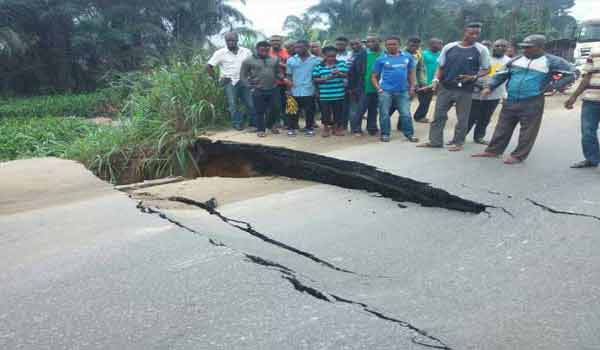 Shortly after the action, the NDDC intervened by constructing a shore protection platform on the side of the bridge.

Portion of the road has been in a very deplorable state for more than 10 years.